Amagi Metals is an online precious metals dealer offering platinum, gold, silver, and copper. There are also some accessories and collectibles available for those who enjoy novelty items. The company claims that their main goal is to help people invest responsibly, but how does that policy hold up in action?

See if Amagi Metals made it on our list this year!

Or continue on with this Amagi Metals review... 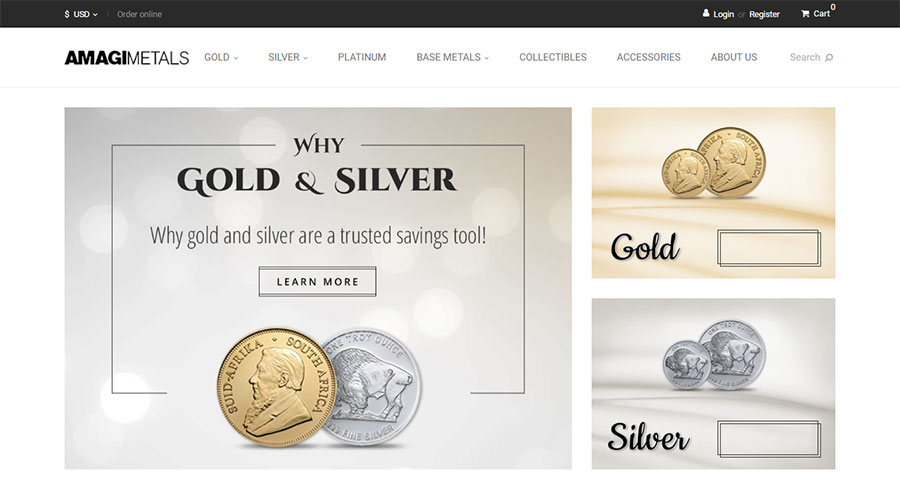 Amagi Metals is a precious metals dealer that sells products to international clientele through an online marketplace. You can fill up your cart on the website and check out without any issue. There are company offices in Oklahoma, Nevada, and Texas.

The company says that one of their main values is protecting customer privacy. They don't sell customer data to third parties unless they are required by the law. There are also security measures put in place including updates and audits of the website and eCommerce platform.

On top of keeping your personal and financial information secure, the company takes measures to keep the precious metals safe during transit. They package discreetly and ship with insurance.

That said, basically every precious metals company knows to package discreetly and ship with insurance. This doesn't set them apart from the crowd.

The company says that another one of its main goals is simplicity. They try to use easily understood terminology so that both beginning investors and experienced entrepreneurs can follow along. They don't believe in having complicated return policies or hidden fees.

They claim that customer service is one of their main selling points. Each individual customer should receive service that's tailored to their exact investment goals and needs. That's all well and good in theory, but in practice, the company has a lot of angry and bad reviews that make that principle pretty questionable.

Is Amagi Metals a Scam?

Amagi Metals is probably a legitimate business. At the very least, it's difficult to find any proof that it's a scam. But there are some red flags that have us concerned.

For one, the company is not accredited or rated with the Better Business Bureau. The BBB fails to rate companies when they don't have enough information to issue a rating. That means there's barely any information about the company's policies, management, or customer service resolutions.

There are no reviews or complaints about the company on the BBB website. On Yelp, they have an average of 3 out of 5 stars, but there have been no positive reviews written since 2016. Several negative reviews have been written more recently.

Yelp says that the company is closed, but they still appear to have a web presence. It's unclear whether they closed their storefront and continued online, or whether Yelp's information is incorrect.

The company did change ownership several years ago. After closing down for a brief period of time, they were acquired by a company called Anthem Vault. Anthem Vault reopened the doors and began operations anew, like the company had never stopped. But unfortunately, they seem to have the same customer service and transparency problems.

What's especially puzzling is that there's not a lot of information about what happened before the acquisition. The company closed down but continued accepting money for online orders. A complaint was filed with the Attorney General's office. One reviewer stated that they believed the company owner had scammed them out of their money.

Anthem seemed to acknowledge that something went badly wrong with the company. Once they took over, they sent emails to past clients promising that their management would fix the problems. They actively distanced themselves from the old owner, who had been accused of criminal activity.

But despite all of this PR, the company has continued to receive the exact same complaints since it came under Anthem's management. 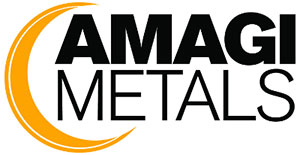 The poor customer reviews on Yelp are a serious concern, especially since it's hard to find third party reviews anywhere else. As mentioned, the BBB doesn't have any accredited reviews or complaints about the company. Online watchdogs don't seem to know much about them, either.

One customer said that Amagi Metals is the third dealer he's bought precious metals from in his lifetime, and he had a very bad experience. He used Bitcoin to pay for multiple bars of silver and paid as soon as the order was placed. Despite the payment going through, the company failed to ship the order for several weeks.

After three weeks went by, the company was still not giving the customer a solid shipping date. He asked to cancel the order and have the cryptocurrency refunded. They said they couldn't cancel it. He received his purchase around a month after making the payment.

But the problems didn't end there. The silver bars were sealed in ziploc bags instead of airtight containers, and they were extremely scratched and damaged. The customer added that the other dealers he worked with sent professionally sealed and high-quality bars.

One person said that he'd been waiting for two months after paying for his order and had yet to receive a shipping notification.

One customer warned people to be wary, saying that he received poor customer service and suspicious behavior. He said that his first order had a couple minor issues, but everything came through okay in the end. But then the company's phone number was disconnected, and they refused to reply to email inquiries.

The customer said that it was a bad idea to do business with the company because they were likely to ignore you if you needed help with your order.

This review actually did get a response from the business owner. The owner said that the previous company owner was no longer part of the company and wasn't affiliated with the business. The business was purchased by a Las Vegas based company called Anthem Vault.

The reviewer responded to say that despite the change of ownership, the company's customer service hadn't improved at all. They placed their order on the first of the month and paid the next day. The company owner told them that the order would ship halfway through the month. The shipping date came and went with absolutely no follow-through.

The company owner did not respond to this. There's no information about whether the customer ever received his shipment or a refund for his purchase.

Another customer's review also doesn't reflect well on the new management. They said that as soon as the company changed hands, they started getting spam emails begging them to come back and promising that the management would be "better."

One review from June of 2015 says that the business was closed. They weren't answering emails and had disconnected their phone line. But the website was still accepting people's payments. The customer said they were getting in contact with the Attorney General's office regarding what might be criminal activity.

This appears to have happened before the company was acquired by Anthem Vault. After Anthem Vault took over, the doors opened back up. But considering that the reviews haven't improved since then, it doesn't seem like that's made a lot of difference.

We can't definitively say that Amagi Metals is a scam. There's not enough proof. But we can say that the company is plagued by poor management, bad reviews, confusing policy changes, and low quality products.

People have reported waiting months to receive items that are badly packaged and damaged. The prices are higher than many competitors, and there isn't any free shipping option for packages meeting a certain threshold. Not to mention that it's hard to tell whether the company has been active for the past two years at all.

All in all, we can't recommend this precious metals dealer. You'd be much better served working with a company that has a good reputation and solid customer feedback.

We believe that there are much better companies out there to make your investment with.

Or, continue with Amagi Metals...