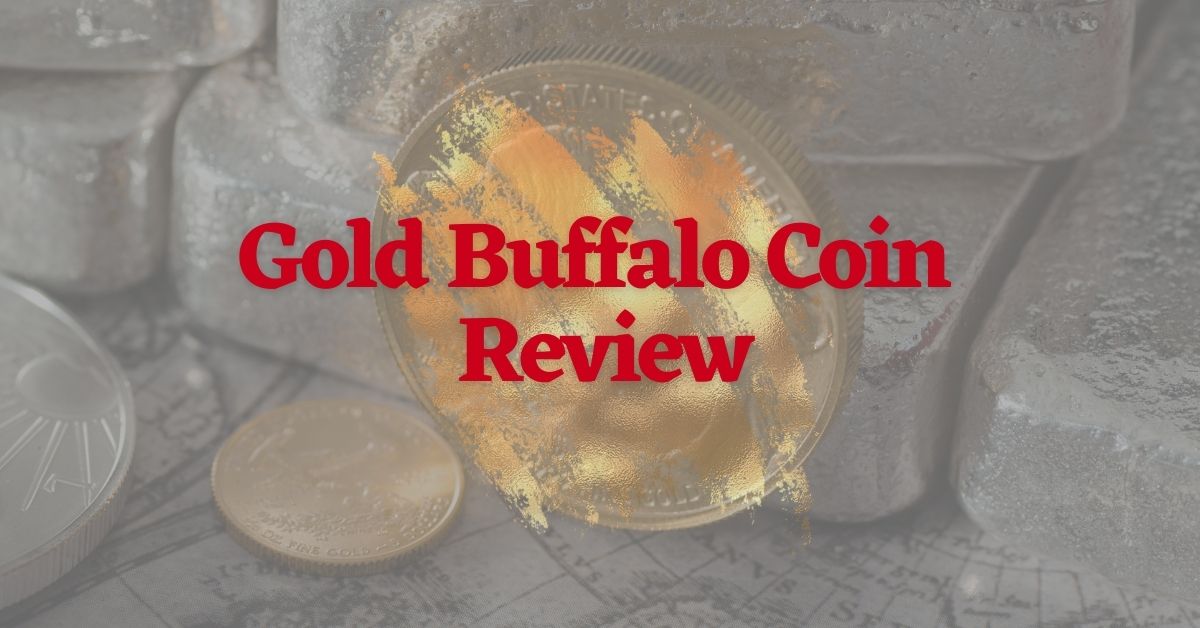 The first Gold Buffalo Coin was minted in 2006. It was the first 24-karat gold coin produced by the United States Mint, and since 2006 has grown to be a highly sought-after coin among investors, both in the United States and other countries.

You may have your eye on this gorgeous gold coin and be wondering whether you want to add it to your coin collection, investment portfolio, or Gold IRA. Well, you've come to the right place to learn more about the Gold Buffalo Coin! Keep reading, and we'll fill you in on some essential facts about the coin and its history! 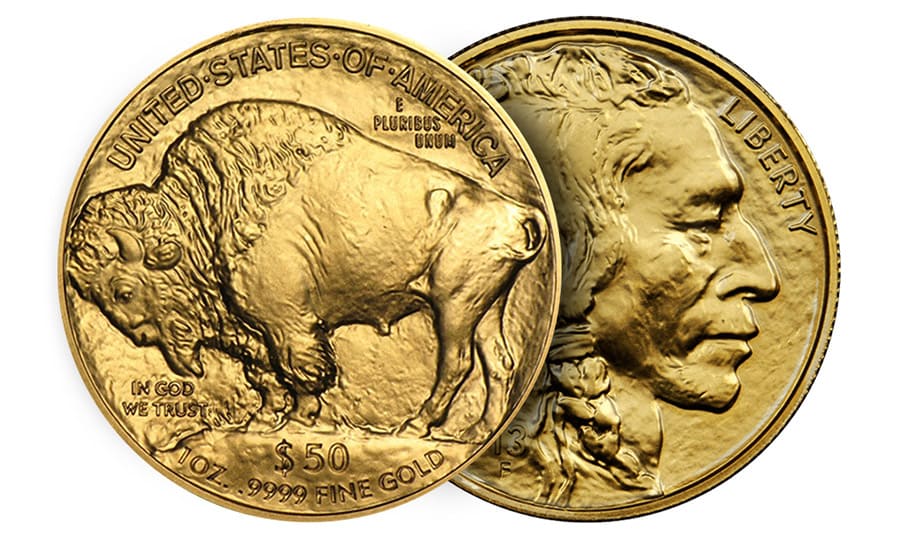 The face value of a coin refers to its value when used as legal tender. The face value of the Gold Buffalo Coin is $50. However, if you have even a general ideal of the current value of gold, you likely know that a 1-ounce coin is worth more than just $50.

Between how popular it quickly became and the increase in the price of gold, the value of this coin has increased substantially since it was first minted in 2006. In 2006, a proof Gold Buffalo Coin was priced at just $800. As of mid-2021, the value has increased to nearly $2,000.

The front of the coin, or the obverse, features a profile image of a Native American. When designing the Indian Head Nickel, Fraser worked with three different Native American Chiefs known as Big Tree, Two Moons, and Iron Tail. He took the sketches of these three chiefs and merged them into one image using different features from each individual.

The back of the coin, also called the reverse, features the iconic buffalo image from the Indian Head Nickel. The buffalo spans the entire width of the coin, facing towards the left. "United States of America" and "E Pluribus Unum" are written across the top of the coin and "In God We Trust" is written on the left side just under the buffalo's head. $50 and 1 oz, .9999 Fine Gold are stamped on the bottom of the coin.

Whether you are considering purchasing a Gold Buffalo coin as a personal investment or adding one to a Gold IRA, you will need to choose between a bullion Gold Buffalo Coin and a proof Gold Buffalo Coin. While at first glance, these two coin types may look very similar, there are some differences between them, you may want to learn more about.

In order to produce proof coins, a greater amount of precision and manual labor is needed. The blank coins must be hand-fed into the press and will be struck more times than bullion cubes. The additional striking means that images and text on proof coins is much cleared and more detailed.

After proof coins are made, the Numismatic Guaranty Corporation (NSG) or Professional Coin Grading Service (PCGS) grades them based on the Sheldon Scale. The Sheldon Scale uses values between 1 and 70 to judge the quality and detail of a coin. 70, the highest score, indicates that a proof coin is perfect and meets all the necessary criteria.

History of the Gold Buffalo Coin

While it is a newer coin compared to many you may find, the Gold Buffalo Coin still has an interesting story behind it. This coin was the first 24-karat gold coin produced by the United States Mint and offered to the public. The first coin was struck in 2006, but its history traces much farther back than that.

In 2005, the Presidential $1 Coin Act led the way for this coin. In addition to calling for a 1-ounce, 24-karat gold bullion coin (later to become the Gold Buffalo Coin) to be struck, the act also began the production of the Presidential Dollar Coins and mandated that the Lincoln Cent penny be redesigned in 2009 for Lincoln's 200th birthday.

Along with the stipulation for the new 1-ounce, 24-karat gold bullion coin were the requirement for the coin to have a face value of $50. The act also states that up to 300,000 coins could be minted each year.

The American Buffalo Coin was the coin the bill called for. The bill also included the notes to base the coin's design off of the Indian Head Nickel/Buffalo Nickel by James Earle Fraser. President George W. Bush signed the bill into law in December of 2005, paving the way for the birth of the Gold Buffalo Coin.

Production did resume again, but it was only for the 1-ounce coin. This means that the fractional coins that were produced during that brief period are much rarer. 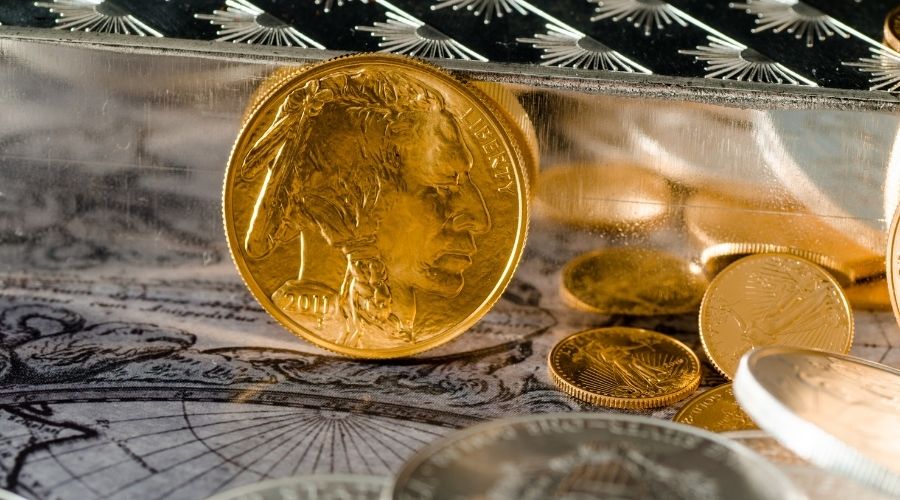 Now that you've learned more about Gold Buffalo Coins, are you ready to add this beautiful coin to your collection or investment portfolio? If so, there are a few different ways you can do so.

The first option you have is to purchase a Gold Buffalo Coin as a personal investment. This will allow you to keep the coin in your possession, if you so desire. You may also decide to arrange for secure storage through either a safe deposit box at your bank or a company that specializes in secure segregated storage of precious metals.

When purchasing a Gold Buffalo Coin for a personal investment, you can consider visiting a local coin deal. When you visit a dealer, you'll be able to inspect the coins yourself and choose the specific coin (if there are multiple available) that you'd like. You may also have some control over the year you receive.

There are some negative aspects of purchasing a gold coin from a local coin shop. First, you may pay more for the coin with some of the added markups. Your purchase also won't be as private, if you're looking to limit the number of people who know you own gold coins.

As an alternative to purchasing gold through a coin shop, you may want to consider purchasing a Gold Buffalo Coin online through a trusted precious metals dealer. Working with a reputable company allows you to feel confident that you'll receive an authentic coin and that the transaction is legitimate. Many precious metals dealers include shipping and transit insurance for free, so you will also be able to rest easy knowing your coin will arrive to your doorstep safely.

Another way to invest in Gold Buffalo Coins is to hold them in a Gold IRA. Gold IRAs, which are a type of Self-Directed IRA, allow individuals to invest in alternative assets as opposed to the stocks and bonds held in a traditional IRA.

If you set up a Gold IRA, you will also be able to enjoy the tax benefits that IRA holders receive. Adding gold coins, like the Gold Buffalo Coin, to your IRA also helps to diversify your portfolio, which can help ensure you aren't being too reliant on the stock market.

With a Gold IRA, you can contribute $6,000 every year (or $7,000 for those over 50). Adding more Gold Buffalo Coins or other precious metals coins and bars can help you ensure that you are in a good place financially when you're ready to retire.

How much is a Gold Buffalo Coin worth?

The value of a Gold Buffalo Coin is dependent on the current price of gold. While the face value of this coin is only $50, its value for investors is significantly higher.

Yes, Gold Buffalo Coins meet the regulations put in place by the IRS for IRAs. They are 99.99% pure, which gold only needs to be 99.95% pure to be held in an IRA.