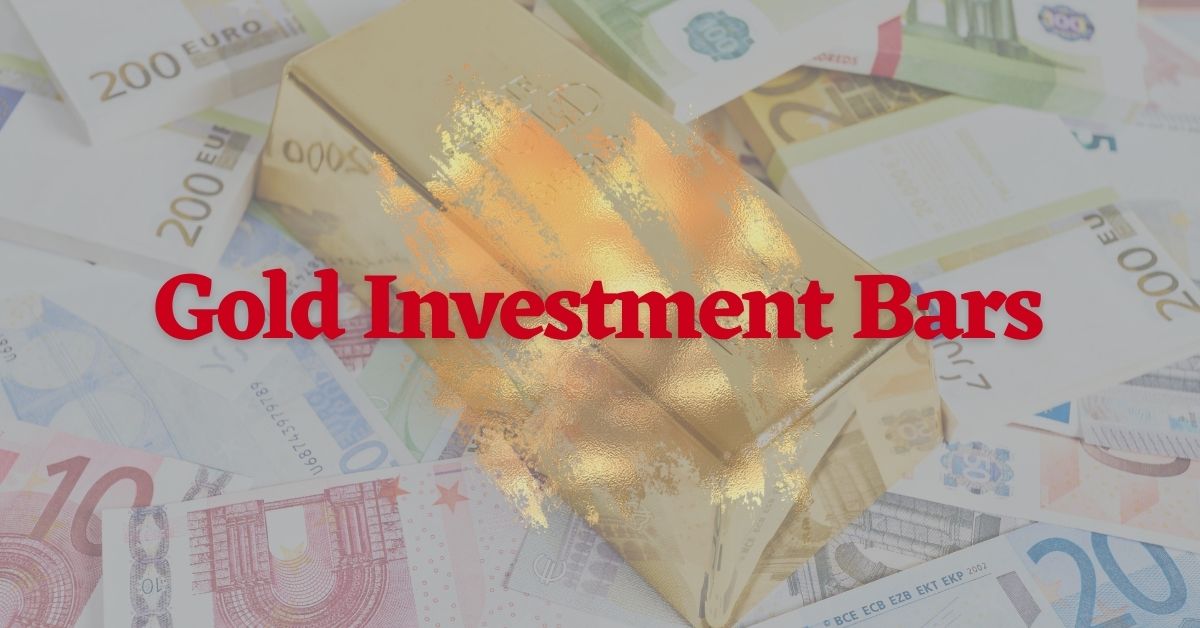 Gold is one of the weightiest of the precious metals – not in terms of pounds, but in terms of economic influence.

Even though it no longer backs the US dollar or any other fiat currency, central banks all over the world still hold this inert metal as precious reserves for the long-term health of the economy.

It’s this idea that gold holds a precious value in the place of paper currency that drives the gold market today. Many investors still suggest that 5% to 15% of financial portfolios consist of protective investments like hard assets and precious metals.

Unlike electronic investments including stocks, bonds, and ETFs, gold has additional considerations like insurance and storage. The gold procurement process is generally facilitated by involving a broker-dealer, bank, or other firms.

Despite this, gold continues to make it into portfolios, especially throughout the pandemic. If you are concerned about the health of your paper currency or the economy of your country in general, maybe it’s time to consider gold bars. 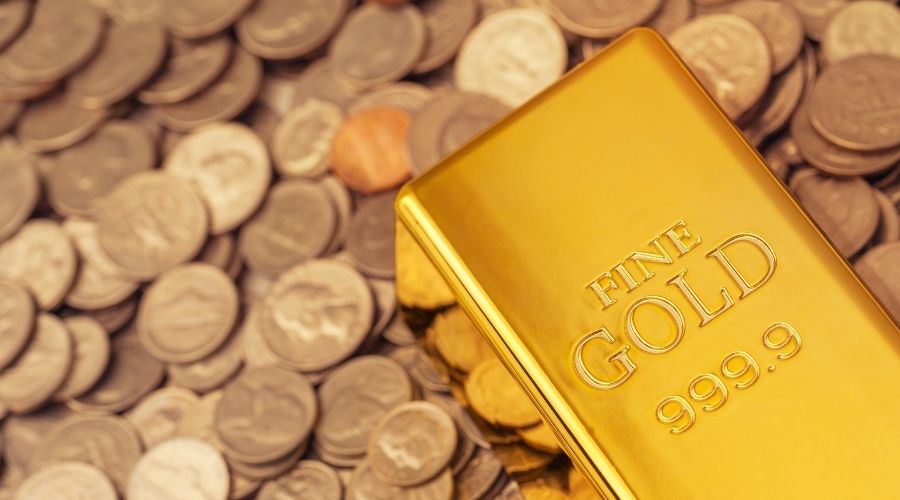 Before getting into the gold bar investment game, there are a few important terms every investor should be aware of. 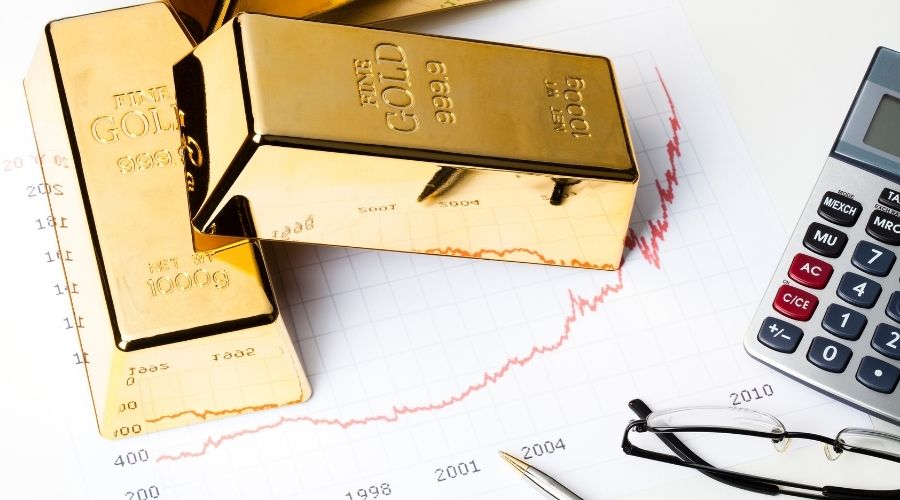 The Value of Gold

More than any other commodities, gold is unaffected by the rules of supply and demand. Gold trading is more a function of sentiment as it is an indestructible non-consumable.

For as long as there is minable gold on planet Earth (given that the space race doesn’t provide other planets to mine on), the supply of gold will always go up.

The demand is driven by central banks and “hoarders” that take up the vast majority of the new mine supply.

A few of the typical factors that drive the market sentiment for gold include:

Gold has been seen as a safe store of value regardless of whether or not there is a concern with fiat or paper currency. When the banks with these paper currencies perceive political, economic, or other forms of instability, they tend to build their store holds.

This is true for central banks all over the world with more than a little effect on the spot price of gold due to their purchasing capacity.

Real estate, bond, and equity markets experience inflation for various reasons, and when these markets are perceived as negative, “hoarders”, the smaller, generally individual purchasers of precious metals will flock to gold for its overall value consistency.

Additionally, when paper money experiences a decline, the relative value of gold tends to increase, making it a safe investment to balance out losses in a financial portfolio, should the fiat currency in question begin to affect other assets.

During periods of deflation, when prices decrease, but the economy is burdened with excessive debt, the relative purchasing power of gold soars, amid the dropping prices. The safest relative place to keep cash was in the gold bullion and coin investment.

Political upheaval and the threat of wartime drives up the price and market demand for gold. A lifetime of earnings and savings can quickly be made into a liquid asset sure to hold its value.

The idea is that this metal value can be stored safely until it needs to be traded for necessities like food, shelter, or transportation, as needed. It’s for this reason that gold is often considered the “crisis commodity”.

Deepening the market sentiment, central banks all over the world can apply unsustainable demand in crisis times. As it can take anywhere from 5 to 10 years to bring a new mine into production, this increased demand in combination with a reduction in supply surges gold prices upwards.

In recent years, emerging market economies boost the demand for gold. One such example of this, is in India, during wedding season, in October, there is the highest global demand, as they are the second-largest gold-consuming nation in the world, mostly for jewelry. 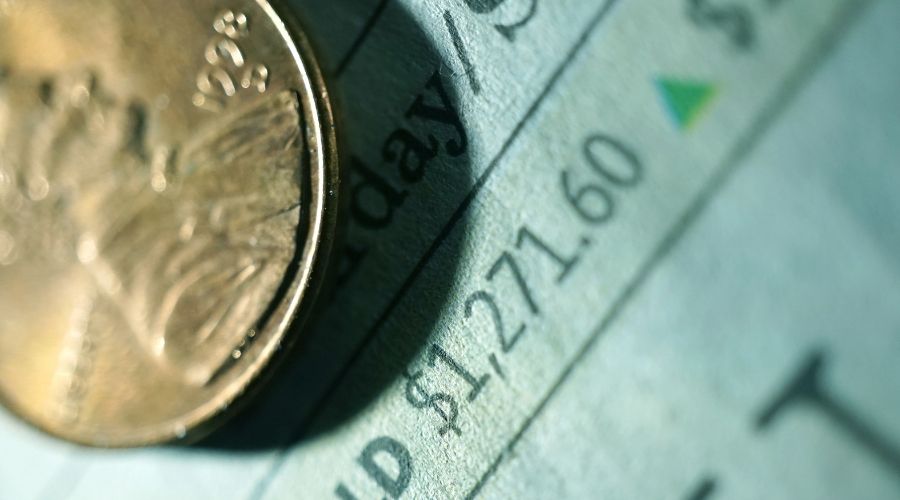 Have you considered the way gold has behaved historically?

From 2008 to 2010, during the economic recession in the US, the price of gold shot up dramatically from hovering around $720/ounce to around $1k/ounce.

We can look further into history to see something similar that occurred in the 1970s. After the increase of the 70s, gold has declined in value for around 20 years before it saw an increase in the economic uncertainty of the 2000s.

When investors can’t be sure whether gold will increase or decrease, the markets remain driven mainly by sentiment. As the pandemic crisis continues, demand for gold is surging, and the price is steadily increasing accordingly. 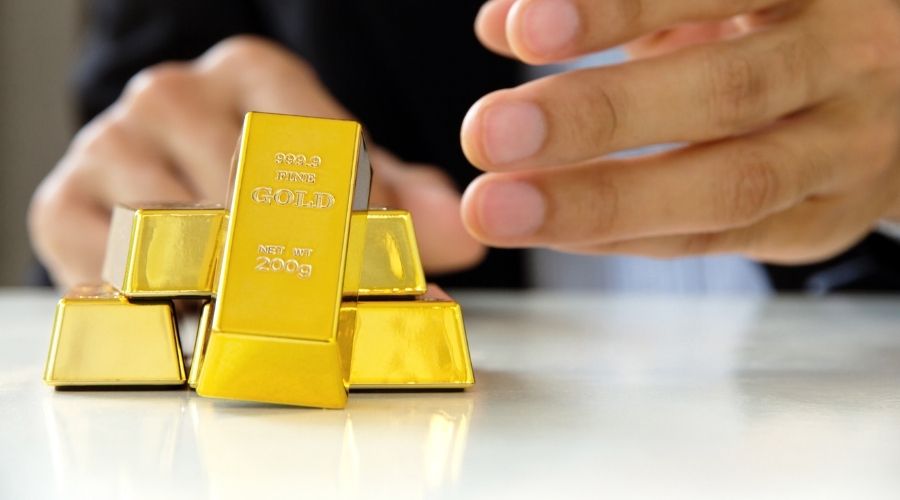 Any gold bar purchase should consist of the purest gold possible, with the fewest amount of copper or silver smelting alloys.

Gold fineness purity is measured in karats. This fineness is ranked as 333 which is the equivalent of 8 karats, up to 24 karats, which is 999.999 fine gold, the purest gold bar possible.

Quality bars prominently display their registration number, manufacturer, weight, and purity on the face of the bar.

Bars labeled as “Good Delivery” by the London Bullion Market Association (LBMA) are consistently at least 995, which is a good general spec to look for when adding bars to your portfolio.

When making gold bar purchases, savvy investors will consider the liquidation ease of the bars in question. This is a good gauge for bar sizing. Ask yourself, “When I plan to sell, what will move the easiest, the fastest?”

Gold bars can be found in just about any imaginable size, whether cast or mint.

The “small bills” of the world are bars of just a single gram, usually the smallest bar available for purchase at the size of a thumbtack or so. These bars get their name from their fast liquidity, being as similar to that of fiat currency, as one can get in the gold world.

Next up are the 5-, 10-, and 20-gram bars – the 10g is the most popular of these, as it is still soft and malleable, but carries a good bit of weight. The 20g bars are also popular, as they are similar to the 1-troy ounce bar at ~30g.
It is possible to purchase bars that weigh upwards of 50 grams or heavier for the added price benefit of buying gold in bulk.

However, keep in mind that smaller bars move easier. But if you intend to save for many years, such as is the case with a gold IRA, these larger bars may be a good investment.

One of the items that should be printed on your gold bars is the manufacturer. Choosing a reputable manufacturer is of utmost importance, as this is a good indication of bar quality, purity, and consistency across bars.

Some of the most popular producers of gold bars in the world include the Perth Mint, the Royal Canadian Mint, Credit Suisse/PAMP, Johnson Matthey, and Engelhard. Other such reputable manufacturers are Metalor, Umicore, as well as government-based mints.

When you do figure out what gold size works best for your uses, be sure to shop around before deciding on a seller. While gold is fairly simple to buy, every seller will have a different profit margin, insurance costs, shipping costs, authentication certificates, and processing fees.

Take these additional costs into account as they can greatly increase the bars selling price over the spot price of gold.

Listed in no particular, the following gold bars are some of the most popular IRA-approved potential investments. 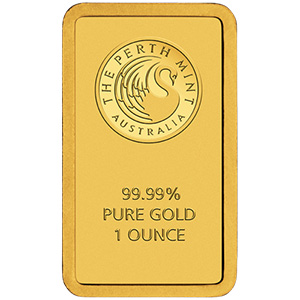 The famous Australian manufacturers, Perth Mint, produces fractional gold bars beginning at ½-ounce, moving upwards to 1,000-ounce bars in weight. Of course, this includes the less cost-prohibitive 5-, 10-, and 20-gram bars, and the popular 1- and 10-ounce bars.

Perth Mint is world-renown for a reason, producing high-quality gold bars for decades. 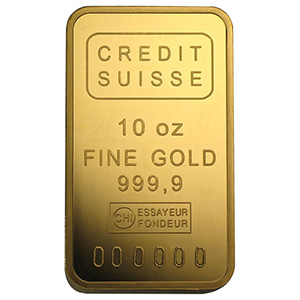 Credit Suisse is an international financial conglomerate producing some of the most popular bars in the world. They keep a simplistic design and are identified by their serial number.

The identification aspect tends to lower their premium, making them a good investment for diversifying your portfolio. 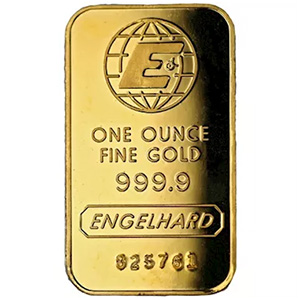 Engelhard is an American-based metals company that has been around for 100 years. Engelhard does not produce bars at the same capacity as other manufacturers which results in increasing rarity (and an odd shape here and there)

Engelhard bars come in both cast and mint versions and are marked with a serial number. 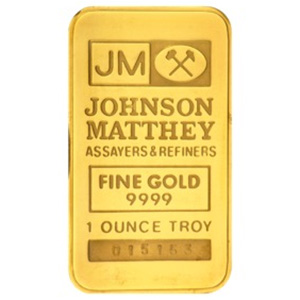 This British company became the official producer of silver coins for the UK in 1946 and their company production has exploded since. They offer gold bars in various degrees of refinement, sizes, designs, and shapes.

Most JM bars are cast ingots – as a result, they can offer their bars at a significantly discounted premium to investors. 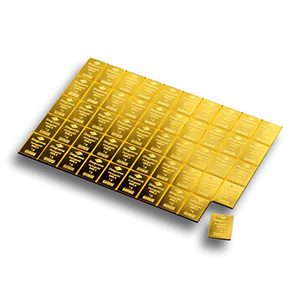 In 2011, the Swiss introduced the CombiBar as a uniquely designed, 999.9 fineness gold bar. This 50-gram gold bar is easily divisible into 1-gram bars, making it highly portable.

The Opportunity of Gold Bars

Regardless of how you decide to diversify with gold, this is an investment decision not to be taken lightly.

The physical purchase of gold comes with some added conditions, such as storage needs, insurance, however, gold bars still tend to carry less of a premium than bullion coins.

As an investment hedge against portfolio uncertainty, especially in times of economic crisis, political crisis, or recession, gold is a great stabilizer for unsure times.

In terms of investing for retirement, IRS IRA-approved gold bars make for a great choice to hold value through periods of financial insecurity.