Goldline International was a company that did business in the precious metals industry. Though they had been operating since 1960, they disbanded and sold their assets to a company called A-Mark Precious Metals in 2017. But what should you know about this company that used to exist?

Gold dealerships are common both in local storefronts and online. In both cases, it's easy to find businesses with fraudulent practices and malicious policies. Learning about these can help you to determine whether a business is right to work with or not.

Goldline had a solid presence in the industry, especially in the pre-internet precious metals era. But their later years were dogged by scandal. Let's look at what they had to offer.

See if Goldline International made it on our list this year!

Or continue on with this Goldline International review...

History of the Company 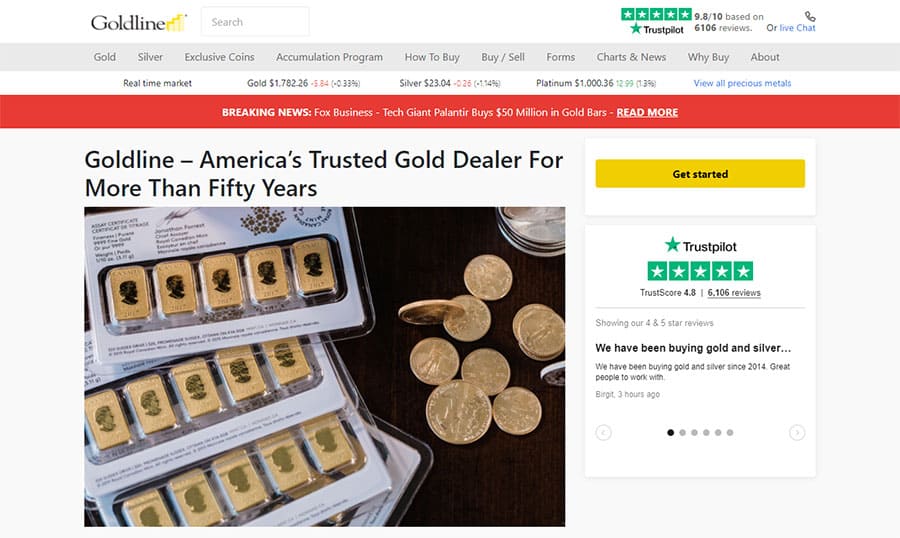 The company was started in 1960 as a branch of Deak & Company, a large company that operated in the US. This parent company was founded in 1939 by a Hungarian immigrant who served as a spy for the US prior to the formation of the CIA.

Deak & Company's main specialty was in foreign currency exchange, gold bullion, and coins. They were one of the first to operate within this industry.

In the 1980's, Deak & Company had become the biggest foreign exchange dealer of retail products within the US. They were also the largest gold bullion dealer in the country. Unfortunately, the company acquired assets too quickly and grew too fast during the early gold bubble. That burst in 1982.

When the precious metals market crashed, the company's original plan was to begin wholesaling instead. That way, they could offer other dealers bulk bullion at a discounted price.

A scandal rocked the company in 1984, when they were accused of money laundering and bribery. In order to rebrand and avoid criminal prosecution, the company declared bankruptcy. A Singapore lawyer then purchased the remaining business.

From there, it was sold to the Deak Morgan company in Australia. The year after that, it was sold to NZI in New Zealand. This acquisition led to the expansion of its storefronts. This was when the name was first changed to International Goldline.

The company was sold once more when the global market crashed in 1987, being acquired by the Thomas Cook Group based in London. After that, A-Mark Precious Metals purchased the company. The name was changed to Goldline International in 1992.

Throughout the 90's, after changing management, the company acquired the assets of several smaller dealerships. A-Mark Precious Metals sold the firm to several investors in 2005. The investment partnerships caused the company to become worth more than 50 million dollars.

Goldline was sold again to A-Mark in 2017. While the company does still technically exist, it operates under A-Mark's name.

The company mainly sold precious metals through retail storefronts. In addition to the standard gold, silver, and platinum, they also sold a variety of collectible coins and foreign currencies.

As of 2009, the company was generating sales revenue of more than 800 million dollars and employed over 300 people. It was among the fastest-growing companies stationed in Los Angeles County.

There were several marketing campaigns undertaken by the company. In addition to traditional channels like the television and radio, the company used the budding internet to advertise. They also had a former director of the US Mint acting as their spokesperson in 2009.

Goldline televised advertisements on national networks like Fox News, CNN, and CNBC. They also sponsored a wide variety of different conservative television programs and radio shows. Glenn Beck was frequently touted as a favorite customer and acted as a radio sponsor for the company.

The company was criticized in 2010 for using conservative talk show hosts to advertise its services.

The company's prices varied widely depending on the type of product and the market factors at play. They were accused of marking metals and collectibles up to more than double their value.

The company ran into legal trouble in 2006. At the time, they made a voluntary agreement to return more than 200,000 dollars to an elderly couple who alleged that they'd been pressured into the transaction. The couple returned all of the precious metals they'd purchased.

Consumer Reports did an investigation and published a report that said their journalist had also been pressured into liquidating their assets by the company.

The 2006 agreement also involved an investigation into whether the sales representative had acted as an unlicensed financial advisor. Staff members couldn't give legal investment advice.

In 2010, there was a Congressional hearing regarding disclosures for precious metals companies. Congressman Anthony Weiner led the charge against Goldline, stating that the company was purposefully working with conservatives to mislead the public.

The people at the hearing testified that there were already enough common law principles for disclosure to be irrelevant. After the hearing, there wasn't any action taken. The proposed legislation regarding company transparency didn't get a sponsor, so it wasn't heard in the House of Representatives.

But as this occurred, a different investigation was started into the company. News stations said that there were a hundred customers nationwide who had filed complaints about fraudulent items and misleading sales pitches. But there was another gold dealership involved, which made it difficult to determine how many complaints were actually about Goldline.

Goldline had an A+ with the BBB. The other company had an F.

News stations said that Goldline employees made unfair commissions and were encouraged to sell worthless items for much more than they were worth. They reported that the company's upper management encouraged employees to try to sell coins instead of bullion.

ABC News talked about one customer receiving strong pressure from a salesperson to purchase about 5,000 dollars in coins. Later, that same customer found out that their coins were only worth 2,900 dollars at the time of the sale. That was a huge commission markup that they were apparently not told about.

Another customer stated that she spent 13,000 dollars in gold coins. But then she discovered that the coins were worth barely half of what she'd paid. Even as the price of gold doubled three years later, she could only sell her holdings for a little over 10,000 dollars. She said she felt like she'd been scammed.

Consumer Reports noted patterns of ongoing price problems. For example, there was a Gold Eagle coin set listed on the website for almost 6,000 dollars. But people were able to find competing gold firms selling it for less than 3,300 dollars.

It seemed like the company was using its talk show hosts and television personalities to gain the trust of the unsuspecting public. They were making sales off of people who didn't know how to research the price of precious metals. These people trusted the celebrity sponsors who sold them the company's ideal.

Consumer Reports did say that there was some competitive pricing of the company's products. It really seemed to depend on the day and the exact product in question.

When pressed about the price issues, Goldline said that they needed to sell their collectibles at a higher markup than bullion. This is supposedly because of the cost of shipping, the rarity, the payment of the salespeople, and the payment of those working in the compliance department.

The company also stated that customers were provided with transparent information before they made their purchases. Supposedly, the commissions and fees were all in the contract, and the company personally investigated each complaint.

A website for complaints was created by the City Attorney for Santa Monica. This allowed the city to gather evidence of potential wrongdoing by the company. The company's assets were frozen in December of 2010 due to the ongoing investigation.

In 2011, the city of Santa Monica brought formal charges against Goldline. They were charged with a whopping 19 counts of fraud and theft. The accusing attorney said that the company had been using bait and switch tactics.

In February of 2012, a few months after the charges were brought against the company, Goldline settled. They consented to an injunction which changed certain sales practices. The biggest change was that a third party now had to verify that all commissions and markups had been disclosed to customers on the phone.

As part of the settlement, Goldline made an offer to refund 4.5 million total dollars in assets to 43 customers who had complained.

The company's side of the negotiation was that the criminal charges were dropped. There was no more civil action taken against the company in that case.

But the damage was done. The litigation had caused the company's reputation to be irreputably tarnished. They weren't able to regain the same sway that they had before. Nowadays, you can find Goldline at their old website URL, but they act as a subsidiary of another company. They are no longer in charge of the policies that ruined their business.

Is Goldline International a Scam?

Goldline International no longer exists. The company has closed down and sold its remaining assets to A-Mark Precious Metals. But in the years leading up to the closure, there were several legal issues. Rather than just having a few poor customer reviews, the company was actually charged with 19 counts of theft and fraud.

It's true that the company was never convicted of criminal activity, but this is mainly because they settled. Part of the settlement was an agreement to drop the pending criminal charges.

What Were the Red Flags?

Because the company had been operating for so long, and because they had the sponsorship of several celebrity talk show hosts, many people trusted in their practices. This allowed Goldline to defraud consumers and mislead them about the value of their assets.

Nowadays, we can take this as a lesson for when we're looking to invest with a new precious metals firm. Celebrity endorsements and a long history in the industry aren't enough.

Here are some of the key red flags regarding the company's operation:

Now, part of the reason for these red flags is because this was the largest precious metals dealer in the country. There were journalists and high level politicians devoting a lot of time to investigating their practices. You won't always find that with a run-of-the-mill dealership.

So these are some things you should look for when you're investing in precious metals:

Pros and Cons of Goldline International

Goldline International has not been in operation since 2017. Though they had over a half century of industry experience, the company wasn't able to outrun poor management and legal scandals. They're just one of many older precious metals dealers that couldn't keep up with the times.

If you want to invest in precious metals, you should look for a company with an excellent reputation. Search for one that has good customer reviews and solid services. And don't work with companies that are in the middle of legal trouble. It's not worth the headache or hassle. 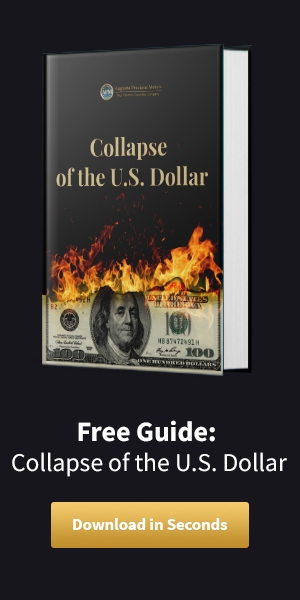 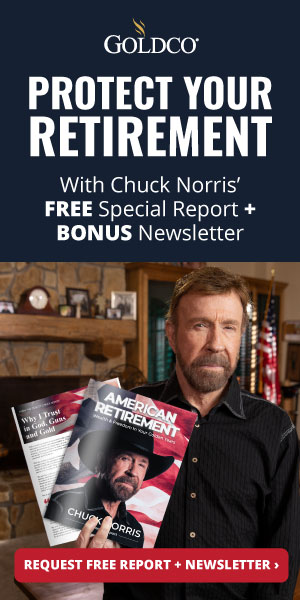