Is Gold Likely to Rise Again? 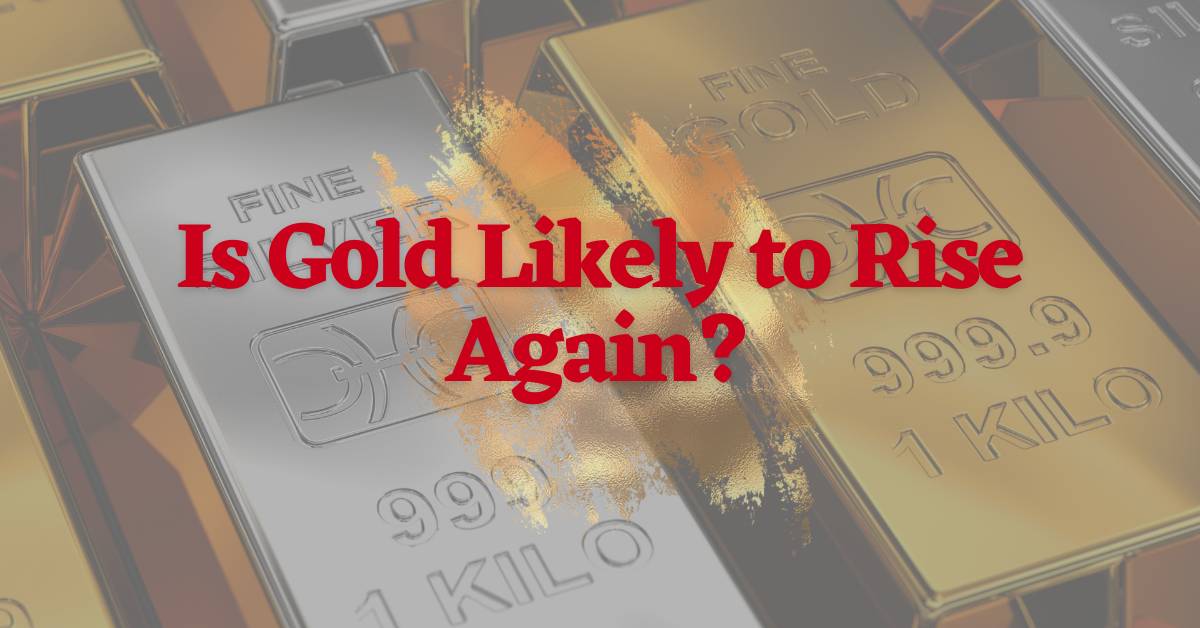 The old saying that "we buy gold when the going gets tough and sell it when the going gets good," has played out in recent history. Many people have seen buying gold as a way to protect themselves from the economy and market volatility. If you have enough stored up, you can take advantage of any opportunities in an uncertain economy.

Table of Contents
A Brief History of Gold and Gold Price Today
How Does Gold's Value Change Over Time?
Controversy About Gold's Value
What Do Experts Predict?
Final Verdict

A Brief History of Gold and Gold Price Today 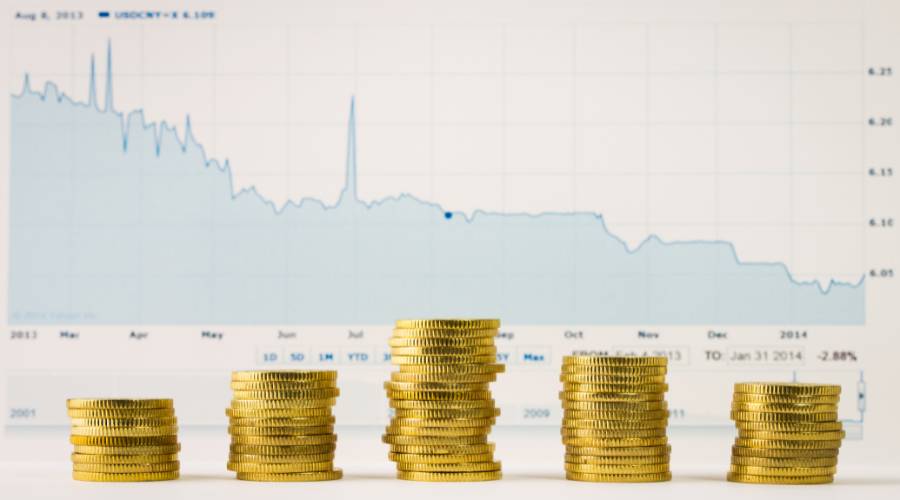 Gold is one of the oldest known forms of currency, with records dating back over 3,000 years. Gold was used as currency during the Middle Ages, and gold coinage was found in the earliest Western monasteries.

Gold has been highly sought after and traded worldwide since ancient times. In recent history, gold has been highly valued, and gold's value has a known history of being tied to the value of commodities such as silver, diamonds, and cattle.

In ancient times, the value of commodities was measured in grains of corn or bushels of grain. Eventually, it became more convenient to measure metals in terms of weight, leading to attempts to measure the value of metals using standard weights ( troy weight ). Using standardized weights made it easier for traders to translate the price into a fixed value when translating prices into money through trading.

The most common weight used to measure gold is the troy pound or Troy ounce. The troy pound is based on a pound of 12 ounces (approximately equal to 31.1034768 grams). The conversion from Troy weight to the US dollar became important during the 1800s when gold became highly sought after due to increased world demand.

At one time, an ounce of gold was worth more than $1,300 (in 2008 dollars). However, by the time we arrive in modern times, price trends have been quite different. During war times and economic uncertainty, gold prices have risen dramatically. This was certainly seen during World War II when people sought out gold even though they weren't supposed to own any. During those times, gold was selling for around $35 an ounce, and in today's dollars, that would be about $400.

The most dramatic rise in gold prices began in the 1970s when President Nixon removed the direct link between gold and currency. This eliminated the official price of gold and allowed it to become a commodity traded on supply and demand. Since that time, the price of gold has been volatile.
In 1980, the price per ounce was around $850. Today, gold is around $1,300 per ounce (in 2008 dollars).

In recent years, bullion dealers have reported record amounts of people wanting to own the precious metal. People are buying gold for a variety of reasons. Some see it as insurance against economic downturns, while others believe the price will continue to rise. The truth is that there are no guarantees in the gold market, and you have to look at where things stand today.

The amount of gold available on the market is measured in ounces (or troy ounces). According to the World Gold Council, more than 4,000 tons of gold have been mined since mining began around 4000 BC. An ounce of gold is currently worth around $1,300, meaning that all that has been mined would be worth over $6 trillion.

The amount of gold on the market is constantly decreasing as more and more of what remains is mined. Many people are concerned about this supply and demand situation being reflected in the price of gold.

How Does Gold's Value Change Over Time? 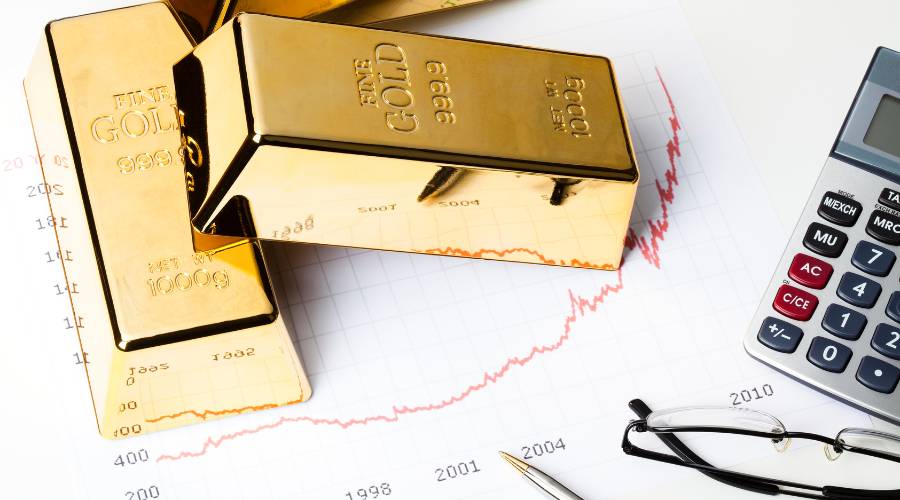 In recent years, the price of gold has been volatile. Prices have gone as high as $1,000 and as low as $300 an ounce. Several things, including speculation, money flow, and interest rates, can measure changes in the price of gold. These factors affect all futures markets, including the gold market.

That would decrease the price of goods in Europe because a dollar will purchase more Euros than before. The inverse also happens; when the dollar increases against another currency, that country's goods become more expensive for a person who uses the other currency.

Demand for gold is affected by changes in interest rates. During periods of economic uncertainty, people tend to look for investments that have a low risk and high return potential. For example, when interest rates are relatively high, people tend to look toward cash savings accounts like CDs and Treasury Bills rather than investing in stocks or commodities with a potentially higher rate of return. This means that there is less demand for gold.

The amount of money flowing into the market also affects demand. If a bull market in stocks creates more cash than people can invest in other assets, this creates more demand for gold because it is often seen as a haven for investors during periods of uncertainty. However, suppose a bear market in stocks causes people to cash out their investments and return them to the bank or credit union, reducing the amount of cash available for investment opportunities. In that case, this decreases gold demand because there is less investment capital available to purchase gold.

Inflation also affects the price of gold. Gold tends to rise in value when inflation is increasing. This happens because people holding gold can sell it for more money than they paid. For example, if an ounce of gold could buy a loaf of bread five years ago, but today an ounce of gold can buy two loaves of bread, this would increase the value of gold. 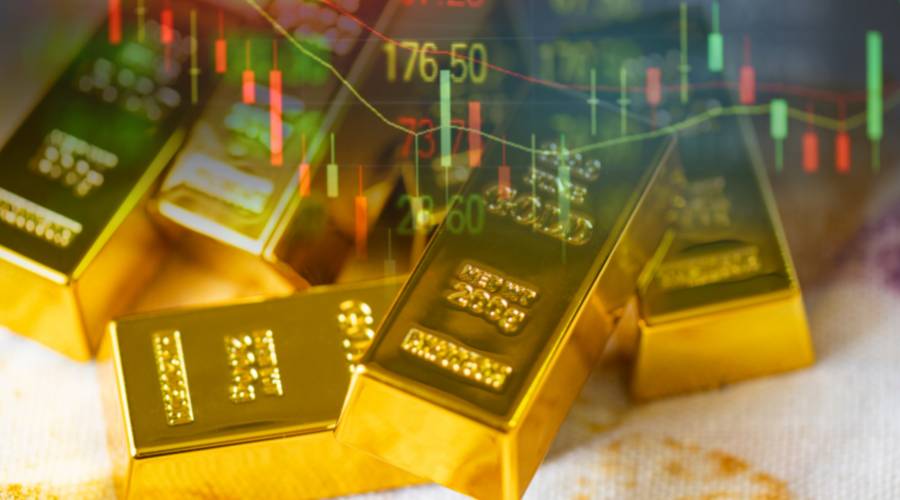 Gold has always had controversy surrounding it for a variety of reasons. First, there is much debate about whether or not a central bank would be able to manipulate the price of gold by buying and selling large amounts of the commodity.

Some argue that gold is only valuable because central banks allow it to be, and they suggest that it would have no value without the ability to trade in gold. Others argue that gold is valuable because it has intrinsic value, which makes it a viable asset without the assistance of any government agency.
Others argue that central banks overstate how much gold they have in reserves, which exaggerates its importance as a commodity. Central banks also often buy and sell large amounts of gold as part of their monetary policy. This can affect the gold market significantly.

The Federal Reserve Act allows the government to sell and buy gold but doesn't outline any detailed strategy. This has created a large amount of controversy in recent years because many people do not believe the government should be buying and selling gold. For example, in 2008, the Federal Reserve bought and sold around $600 billion of gold, which is about a quarter of all the gold in existence.

Some people are also concerned about what would happen if the US decided to sell some of its gold supply. There are currently almost 8,100 tons (1 million ounces) of gold owned by the US government, worth over $340 billion—through this, supply has declined significantly since 1980.
People may have different reasons for investing in gold, but regardless of why you do it, there are risks involved with owning this commodity. Since gold doesn't have an intrinsic value, a small loss could cause its value to decrease, making it hard to sell.

Also, because of the controversy surrounding this market, it's very important to learn to invest in gold before investing in it. Many online resources are available for people who want to learn more about investing in gold.

What Do Experts Predict? 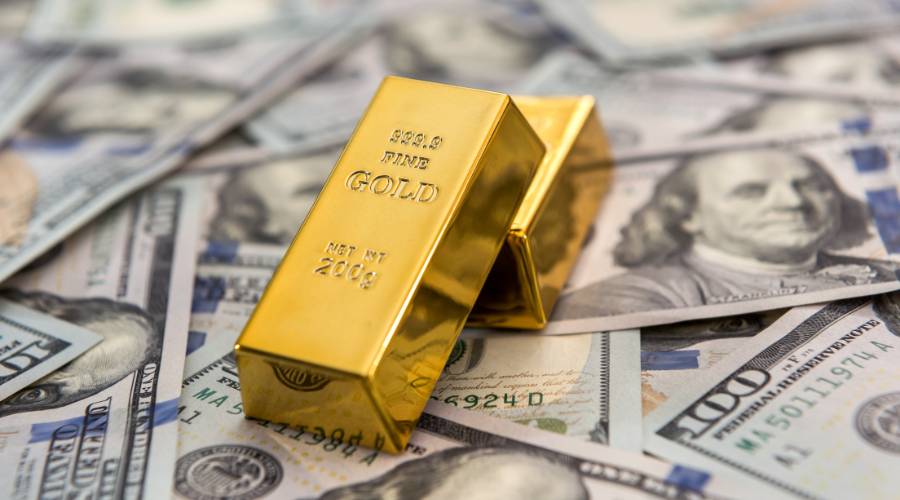 Gold has been coming down in value since its high in 2010, but experts expect this trend to continue throughout the rest of the year. They predict investors will continue moving toward other assets, like bonds or real estate. This means that gold will likely continue to lose value because of this decrease in demand.

This is a major reason why many experts believe that gold will continue to decrease its value in the short term. However, over a longer period, experts predict there will be more potential for gold. They expect that the growth in China and India will increase the demand for gold, which should raise its price.

Another factor that experts point to when predicting what will happen to gold prices is inflation. If there is an increase in inflation, this can cause investors to invest their money in assets other than cash or government bonds, like they have done in recent years, because they see a higher potential for return with these investments. This means there will be greater demand for gold, which could increase its value.

Inflation is predicted to rise slowly in the next few years, but it should cause gold prices to go up. Right now, investors have seen slow growth in their income, but according to experts, they will see an increase in their wages over the next few years. Some investors may sell their gold if these predictions are correct because their income would increase, which could help push up the commodity's price.

Another factor that experts consider when predicting what will happen to the price of gold is the fact that it's considered a haven asset. Currently, investors are more willing to invest in assets that they believe will give them a higher return, making them less likely to invest in gold because they expect it to provide lower returns.

Several credible sources predict what will happen to gold prices in the next few years, but there is one main concern that many experts have about the commodity's future. The Federal Reserve of the United States currently owns over 8,000 tons of gold, worth over $400 billion at today's prices. Many experts worry about central banks like the Federal Reserve because they affect how much gold is available on the market and can manipulate its price.