Kinross Gold, one of the many gold investment opportunities, is a Canadian-based gold mining company that opened its doors for production in 1993. Over the next three decades, Kinross Gold has supported the production of gold and silver. Its activities support its expansion and exploration of this market.

See if Kinross Gold made it on our list this year!

Or continue on with this Kinross Gold review...

Table of Contents
Achievements Worth Mentioning
Gold Operations
What Products Can You Buy?
Learn About the CEO
Is Kinross Gold a Scam?
Lawsuits Against Kinross Gold
Other Promising Projects
When It Wouldn't Make Sense to Invest with Kinross Gold
No Such Thing as a Perfect Company
Gold a Great Protection in Times of Trouble
What Are Alternatives to Kinross Gold
Pros  & Cons of Kinross Gold
Use Gold as a Diversifying Investment
How Does Kinross Gold Fair Overall?

Throughout its business, Kinross Gold has posted some great achievements. In 2017, for example, Kinross Gold ranked fourth among the top 10 gold mining companies in the world. Create value: That has been the long-term sustaining focus behind Kinross Gold. An estimated 9,000 employees work for this company and work at sites across countries around the world. In 2019, they ranked in fifth place, which still makes for an impressive track record when we're talking about the world ranking.

Investors know this company for its operational excellence, healthy balance sheet and remarkable growth through discipline. Everyone in the company works toward the highest standards of professionalism and excellence.

Kinross Gold operates eight gold mines across a number of nations that include:

During its operation, Kinross Gold continues to post strong results. They founded the company on consistent performance and excellence achieved through hard work. Because it stays financially disciplined, Kinross Gold has had an easier time remaining profitable. Their net income sits in the hundreds of millions of dollars.

What Products Can You Buy?

Expert investors have verified Kinross Gold as a producer of gold and silver. While the company produces silver, you would be mistaken to think of them as heavily focusing on this. Kinross chooses to emphasize the gold because that made them famous. Because of the financial stability at Kinross Gold, you will find that the company offers public trading stocks on the stock market. You will find them under the ticker symbol KGC at the New York Stock exchange, and they sit under the ticker symbol K with the Toronto stock exchange.

For those interested in the stock market, you may find benefits from what Kinross Gold offers. Kinross Gold earns a total yearly revenue that averages about $3.3 billion. When you have that much in earnings, you can't falsify information easily. You would need to show proof of everything.

Keep in mind, every investment does come with its share of risk. Even gold, while holding a relatively stable price, has been known to fluctuate from time to time. You may want to evenly spread your investments to protect yourself.

Learn About the CEO 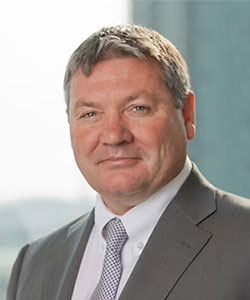 J. Paul Rollinson was born in the United Kingdom, but he grew up in Canada because his father worked in mining. As you can see, he has been around mining from a young age, which has only added to his years of wisdom.

Rollinson holds dual citizenship, and he holds qualifications for geology and mine engineering. He ran the mining division at Deutsche Bank. The mining industry has had to confront a series of challenges, and Rollinson's years of experience have helped them to confront some of these concerns.

Is Kinross Gold a Scam?

Like we said, $3.3 billion in annual revenue can be difficult to hide. It's not that it can't happen, but that is a definite strong point for this company. You can trust in the genuineness of this company because of how it ranked fifth place among the world's gold mining companies in 2019.

You would have a hard time finding a reason to call Kinross Gold a non-genuine company because they have so much going for it. That doesn't mean that everyone should invest in them, but the executive leaders at this company are well versed, and they understand how to lead a business.

Conduct a search for this company, and you will find that Kinross Gold exists, and it's a highly legitimate company. Some people may prefer a physical piece of gold over company stock. Choose another company if you want that.

Just because we see the company as legitimate doesn't mean that we should ignore some of the more pressing concerns about the company. For example, a shareholder class-action lawsuit was filed in March 2012. Some shareholders had concerns that the company had made false or misleading statements about its gold mine in West Africa.

The lawsuit alleged that the company had given a series of positive statements that led up to a press release on January 16, 2012. When Kinross Gold made this statement, they found that the company lost a part of its share price, which led to billions of dollars in losses for shareholders. Other lawsuits have also been filed against the company.

Kinross Gold has continued to expand its Tasiast 24k Expansion Project. The project takes an approach where they seek to continuously improve the capacity to 24,000 tons per day by 2023. Kinross Gold invested over $150 million into this project, and they expect that this will expand the life of the mine by four years.

When It Wouldn't Make Sense to Invest with Kinross Gold

Some people understandably want physical gold, and you won't receive that with Kinross Gold. You can only buy it as a stock, which some people may feel uncomfortable with. Having the physical gold, however, will offer you an asset that will never go out of style. It will always have value, and it will stand the test of time in periods of turbulence.

We wouldn't recommend that you buy Kinross Gold if you want the physical version because this is a gold mine, rather than a gold dealer. You would need to invest elsewhere if that's what you wanted.

No Such Thing as a Perfect Company

We would like to emphasize that no such thing as a perfect company exists. You will always have some level of risk no matter what you invest in. Instead of seeing one or two bad things with a company and looking the other way, we would advise learning how to distinguish the difference between a legitimate investment opportunity and a non-legitimate opportunity. Sometimes good companies land in hot water from the daily operations of doing business. You don't want to cut them out entirely because they still have legitimacy as a company. What you want to avoid are the companies that blatantly falsify information and don't provide actual value.

Gold a Great Protection in Times of Trouble

Gold has preserved wealth throughout the generations, and people run to it in times of trouble. You always see gold investment go up as times get hard. The value of gold continues to rise with the economy, and it keeps up better than with the value of the dollar.

What Are Alternatives to Kinross Gold

You have other choices available outside of Kinross Gold that we feel are worth mentioning. As an investor, you may not want a good company, you want the best company. What are the best gold investments available? The best choice will depend on what you want in an investment. For example, do you want physical gold that you will store at home? You will want to look for a gold dealer that offers that. Maybe you want to buy the gold, but you would prefer it if someone else stored it. Look for a gold dealer that also offers storage.

Physical gold through a solid IRA usually performs the best, and it gives investors confidence in what they purchased. Goldco is one of the suitable alternatives that you might choose to invest in. The company helps to protect the retirement of thousands of individuals, and you can roll it over from an existing IRA.

We strongly advise that you look at the positives and negatives of whatever you choose to invest in. Kinross Gold offers a legitimate investment opportunity, but you should understand how it has its negatives. Let's have a look at the pros:

You would be mistaken if you wanted to look at Kinross as all positive because it does have its share of negatives. Some of the things to beware of include:

No company is perfect, and all companies fall on hard times, but what matters most is what the company does during the hard times. Will it emerge stronger or let the hard times destroy it? Kinross Gold maintains a reputation for disciplined action that has helped it get through difficult times.

Use Gold as a Diversifying Investment

You may choose to invest in gold as a diversifying investment. Gold stocks don't suffer the same economic downturn as other stocks, and your portfolio when things take a turn for the worst. Even when other stocks decline, gold mining and gold remain firm in value. You should not see this entirely as a rose garden, however. In the short term, gold proves a volatile investment, but it often comes out well over the long term.

How Does Kinross Gold Fair Overall?

Overall, we would call this a legitimate investment opportunity. Not everyone will love it, however, because some people may not feel as comfortable investing in stocks. You may want the physical gold. Take your personal preferences into consideration as you decide on gold investment.

You have dozens of opportunities out there whether investing in gold mining or gold from a gold dealer. Kinross Gold is a good investment for someone looking for gold mining investment opportunities. We don't know if we'd necessarily call it the best opportunity, but we do think of this as a legitimate investment.

Although we do think that Kinross Gold is a solid company, we believe that there are better companies out there to make your investment with.

Or, continue with Kinross Gold...