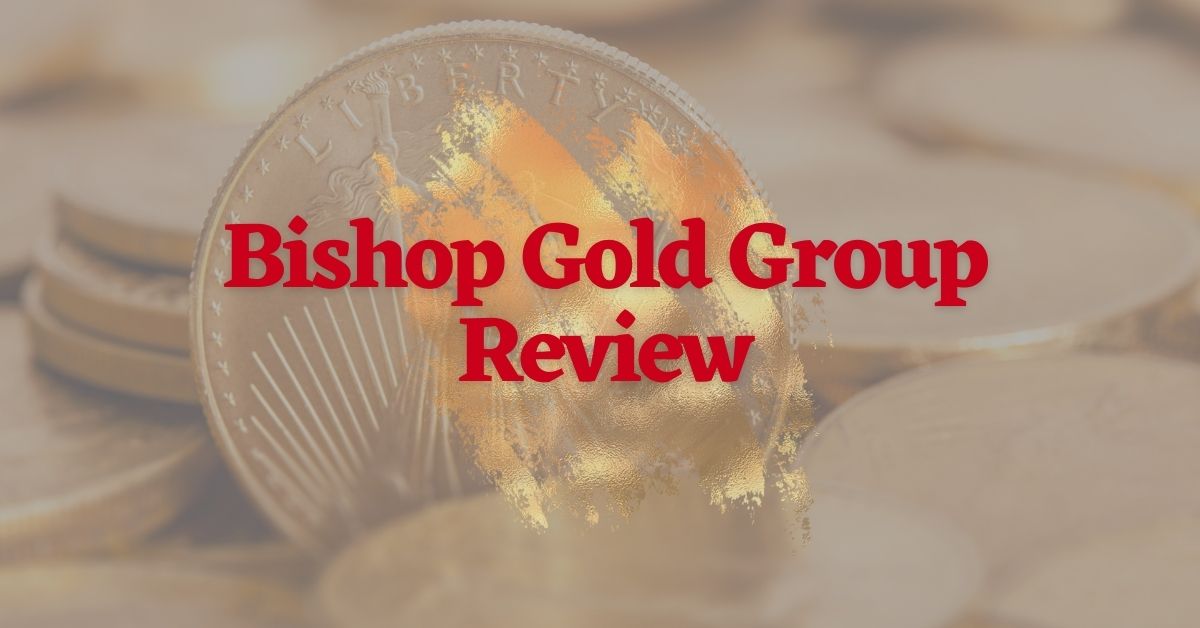 Bishop Gold Group is a precious metals dealer that sells gold from a retail location and an online store. The company hasn't been in business for long, but they've grown quickly thanks to their reputation. Customers report being very satisfied with the services. But is that really everything you need to know?

See if Bishop Gold Group made it on our list this year!

Or continue on with this Bishop Gold Group review...

Bishop Gold Group sells investment grade bullion to people who want to protect their wealth against inflation and economic insecurity. They prioritize customer service above all else, with the belief that you should be confident about what you buy. According to online customer reviews, they do stick to this principle.

Bishop Gold has some precious metals IRA services as well. If you want to purchase gold and silver for your retirement account, you'll need to comply with IRS regulations. The employees at the company can help you set up your account and make sure you're funding it with ideal tax-approved bullion from sovereign mints worldwide.

Is Bishop Gold Group a Scam?

Bishop Gold Group is not a scam. In fact, they have an excellent reputation overall. Despite only being in the industry for four years, they have become accredited with the Better Business Bureau and have an A+ rating. No complaints have been filed in the past three years.

There are 21 customer reviews on the BBB website, with an average of 4.76 out of 5 stars. That indicates largely positive overall responses. Let's take a look at exactly what people had to say.

The most recent review is from late March of 2022. This customer said that he had a wonderful experience with the company. He was nervous about doing the transaction over the phone, but the staff members were happy to educate and didn't use any high pressure sales tactics. He thanked the staff members he worked with by name.

One reviewer said he'd had an excellent experience working with his specific representative at the company. This representative had helped the customer to better understand why it was a good idea to invest in gold. He had been honest and reliable. The customer made a note that he always picked up the phone or called back immediately, which is something you sadly don't always get with precious metals dealers.

One woman said that she was impressed with both the company and its leadership. She was given excellent guidance for her future purchases. Another customer said that he was given such good guidance that now he felt better about his retirement security than he had for years.

One customer said that the company employees were super easy to work with and very helpful. All of the staff members were very knowledgeable regarding the industry and were able to answer all of the customer's questions. The whole investment process was seamless and streamlined thanks to the company management.

There was one review in 2021 that praised the service, with the customer stating that he received his gold in under a week. In fact, the service was so prompt that now his mother-in-law wanted to buy gold from the company as well.

One customer said they bought the Platinum Dragon item as a gift for their dragon-loving brother. The brother was so thrilled with the purchase that he asked to get the customer's store contact so he could get more in the future.

One customer stated that he had come to this company after buying precious metals from one of the competition. Bishop Gold Group's service was better by comparison. He said that he felt welcome immediately, and that the employees were all very attentive. Furthermore, he praised the selection in the store, and said he'd recommend them to anybody.

One customer went into the retail location by accident. He wasn't looking to buy precious metals -- he was waiting for his wife, saw the store, and went inside. Right away, he was interested! He said that he believed this was a long-lasting and ideal investment for older people, so he bought some silver and gold purely on a whim.

A customer stated that she had worked with the company several times over the years. The staff were always friendly, responsive, and super helpful. She also praised the quality of the products. She stated that her favorite of the products was the gold Maple Leaf coin from the Canadian mint. Another customer said their favorite product was the silver Australian Kangaroo.

One customer said that he wanted to remove his money from Wall Street due to the economic and political turbulence in 2020. The employees at Bishop Gold Group provided ideal service and were there for him. He said that his customer service representative consistently gave him 30 day updates on the value of his holdings, helping him to stay on track with his earnings.

A customer mentioned their service representative by name and said that they were thrilled with the service and pricing. He said he never felt as though he was being pressured into making a purchase. The employee was happy to explain everything slowly and patiently to make sure that the customer understood everything. The customer said he wanted to particularly thank the employee for being so patient.

One customer bought several American Eagle coins online. She said she was very happy with the product and the process. Every employee she talked to was super helpful. She was given a competitive price quote upfront instead of having prices made up. She ended by saying that she'd certainly recommend the company to people looking to invest.

There hasn't been a single poor review left on the BBB page. The only reason there isn't a perfect rating is because a few people left 4 stars instead of 5. But there haven't been any 1 or 2 star reviews, nor are there any official complaints to worry about.

Though Bishop Gold Group hasn't been in business for long, it has already gained a solid reputation in the precious metals company. It was accredited by the BBB in 2020 and has dozens of glowing customer reviews. Customers consistently praise the pricing, products, and quality of service.

No matter whether customers bought in person or online, they said they were happy with the convenience and ease of the transaction. They also said that they trusted the representatives to patiently answer their questions. No one has ever mentioned high pressure sales tactics or feeling uncomfortable with a company representative.

But one thing to keep in mind is that their IRA services might not be quite as good as some of the competitors. We do still recommend that you work with one of our top IRA companies instead. However, there's nothing stopping you from working with Bishop Gold Group, and it seems like past customers have been very happy with their experiences.

Although we do think that Bishop Gold Group is a solid company, we believe that there are better companies out there to make your investment with.

Or, continue with Bishop Gold Group...