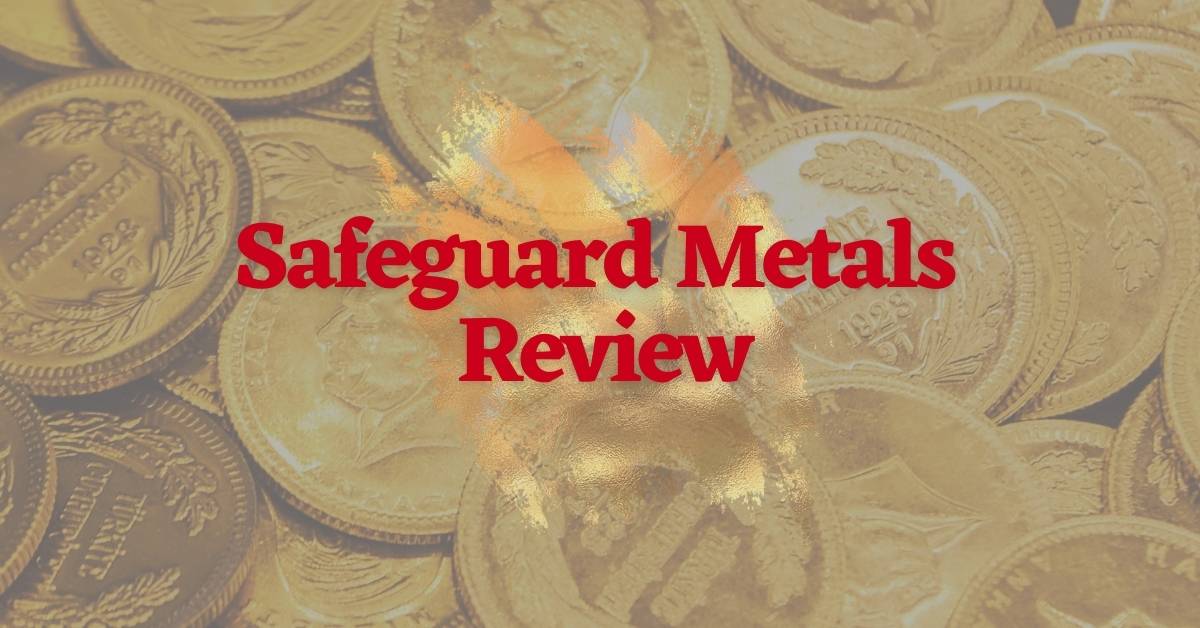 Safeguard Metals used to have a fairly solid reputation in the precious metals industry. But some legal occurrences over the past few months have really thrown that into question. Does this company deserve its positive customer feedback? Are its practices actually legitimate?

See if Safeguard Metals made it on our list this year!

Or continue on with this Safeguard Metals review...

There are precious metals IRA companies that operate legally. These companies give you all the information you need and don't mislead you about your assets. They also have well documented positive customer feedback. It's a much better idea to work with one of those. Safeguard Metals is dealing with a major scandal right now.

Is Safeguard Metals a Scam?

It's hard to say whether Safeguard Metals is a scam. We can say that the company does seem to have provided some services that it claims to, at least to some customers. There are several positive online reviews stating so.

But the rest of the information is really, really bad.

Safeguard Metals has an F from the Better Business Bureau. The F rating was given because of the 12 complaints filed, the business never responded to 3 of them. In addition, the BBB has revoked the company's accreditation.

They have posted on their site specifically that the accreditation has been revoked, meaning the company did something egregious enough to invalidate all their prior practices. There's an alert explaining that this was because the company failed to respond to complaints, plus they had government action taken against them.

There are also two legal alerts regarding the company. Let's take a look at those in more detail.

Safeguard Metals appears to have run into the same problem that many precious metals dealers do. In 2020, government action was taken against the company by the state of Minnesota. Minnesota is the only state that requires companies to get special permission to sell bullion in certain amounts.

Sometimes online precious metals dealers decide to ship to all 50 states. They don't realize they need legal paperwork to ship to Minnesota. It's a case of not doing their legal due diligence, and it can have major consequences.

The allegations say that the company sold bullion to people in Minnesota in amounts far beyond the law's statutory threshold. In order to do this legally, they would have had to register with the Department of Commerce. But they didn't do this.

The company settled the allegations by paying a fine of $10,000. They also agreed that they would no longer violate any laws or orders in the state.

This is a fairly common proceeding to happen with precious metals companies. While it is a sign of poor research, it's not always the end of the world. But the next government action is far more serious.

In February of 2022, the Securities and Exchange Commission brought fraud charges against the company. Jeffrey Santulan, the owner, was also charged with fraud. It's important to note that as of writing, this proceeding is still ongoing. The company is innocent until proven guilty. But this is what they have been accused of.

The SEC stated that the company engaged in a fraud scheme that defrauded investors out of millions of dollars. They also stated that most of the victims of this scheme were elderly and either retired or nearly retired.

The complaint alleges that the activity took place from the end of 2017 through July of 2021 at the earliest. The company owner illegally acted as an investment advisor and convinced investors that they should sell their retirement accounts, create self-directed IRAs, and invest all of their savings into gold and silver.

The complaint says that the company made false statements and misled customers regarding the safety of these assets. They also misled customers about the liquidity of the investments. The customers were led to believe that Safeguard Metals would give them reasonable compensation when the time came to liquidate, but that was not the case.

The complaint says that the company also lied about its operating size. It claimed to be a full service investment firm, even though it wasn't. It claimed to have offices in New York City, Beverly Hills, and London. It claimed to employ the top experts in securities and to manage $11 billion in assets.

None of that was true. According to the complaint, the truth was that the company had one small office in Woodland Hills, California. They operated with salespeople, not with licensed investment advisors or securities agents.

The allegations don't even stop there. There are further allegations that the salespeople used scripts with false statements about the economy. They told customers that the market would crash, that their accounts would become frozen, and that they would never be able to access their assets again if they didn't transfer their holdings into precious metals.

Finally, the company is alleged to have used misleading information about their markups and commissions. They told investors that their markups were anywhere from 4% to 33%. But in actuality, the average markup was about 64%, double their highest estimate.

The complaint states that Safeguard Metals brought in $67 million from selling coins to over 400 investors, most of whom were elderly. This led to a profit of at least $25.5 million due to markups.

Companies are allowed to mark up their products to whatever prices they want. But they are not allowed to lie about those markups. In misleading investors about the markups, Safeguard Metals opened themselves up to judicial proceedings.

Again, none of these allegations have yet been proven. The case is still unfolding. But these are very serious accusations. The number of unresolved complaints on the BBB website also points to poor management and issues with the company.

It's rare to find a company that's in quite as much trouble as Safeguard Metals. In the past, they were accredited with the BBB. They had largely positive customer reviews and were trusted in the industry. But that's all come crashing down.

The business has stopped responding to complaints filed against it. Even if a customer says they had their money stolen from them, the company makes no effort to respond. At the same time, the SEC has charged the business with fraud for lying to investors. Allegedly, the company raked in over $20 million in fraudulent profits.

These accusations have not yet been proven in a court of law. But the multiple unanswered complaints on the BBB website tell a major story. Even if not all of the fraud charges are true, the lack of communication alone is a red flag. You definitely don't want to work with a company that will ignore you if you have an issue.

We absolutely can't recommend this company. Stick to options that have better overall service and reputations.

Although we do think that Safeguard Metals could be a decent company, we believe that there are better companies out there to make your investment with.

Or, continue with Safeguard Metals...