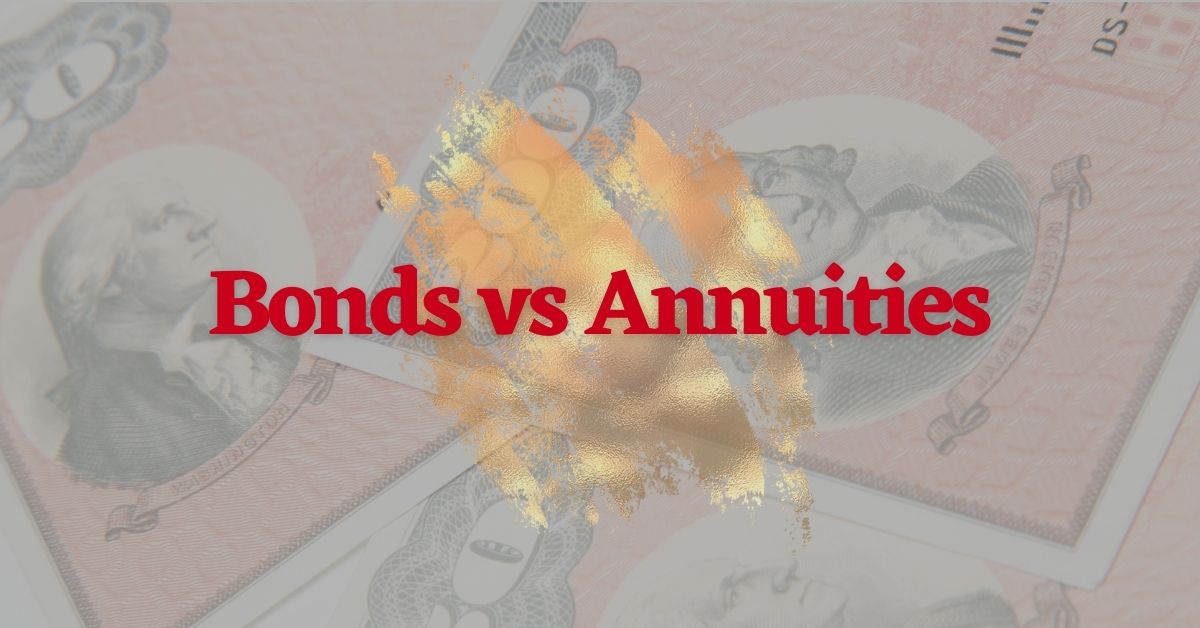 Your retirement income may come from various sources, including the 401(k) plan from your employer, a taxable brokerage account, and a personal retirement account. In addition, annuities and bonds may help you develop a regular source of income. However, bonds and annuities work differently.

Bonds are usually debt instruments, while annuities are insurance policies. Trying to understand the difference between them will help you decide as you plan to invest.

However, it would be best if you first took your time to understand how both options differ before making an investment decision. Bonds and annuities are included in the asset class, fixed income category. Generally, bonds are more popular because they trade the same way as stocks in the market.

Most financial experts consider annuities a better option for generating income in your retirement since they last for life. The following article will help you make the right decision as you choose your retirement investment option. 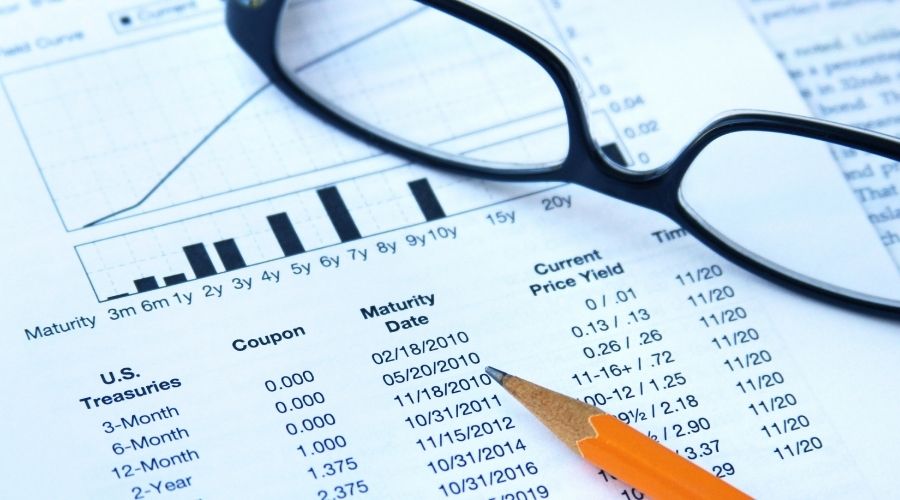 Bonds are generally investments in debts providing regular interest payments within a certain period. After the end of the set period of investment, the principal investment amount is returned.

Additionally, they may be issued by municipalities, corporations, and governments. They can as well be used by retirees and any other type of investor.

Generally, bonds are issued by a company, corporation, or government. For example, a company may be in need of capital or money to expand. On the other hand, most governments look for capital to implement various social programs or infrastructure development.

To obtain the required money, they release the bonds to the general public, where thousands of investors throw in the needed capital in one pool. In return, they get the bonds. The issued certificate usually shows the amount that was loaned either to a company or a government and the loan's interest rate.

This is what is called the bond. When you invest through bonds, you will gain from the interest based on your principal amount. With an already predetermined interest rate, you will be receiving a fixed payment for a certain period.

Bonds are not usually lifetime investments. However, they yield a constant income during the set period.

Most conservative investors usually invest with top-quality bonds. While the interest is relatively low, quality bonds come with low risks and steady income. In retirement, the interest payment is usually used as an income supplement. That is the main difference between bonds and annuities.

Pros and Cons of Bonds

Like annuities and other investments, bonds have perks and drawbacks. 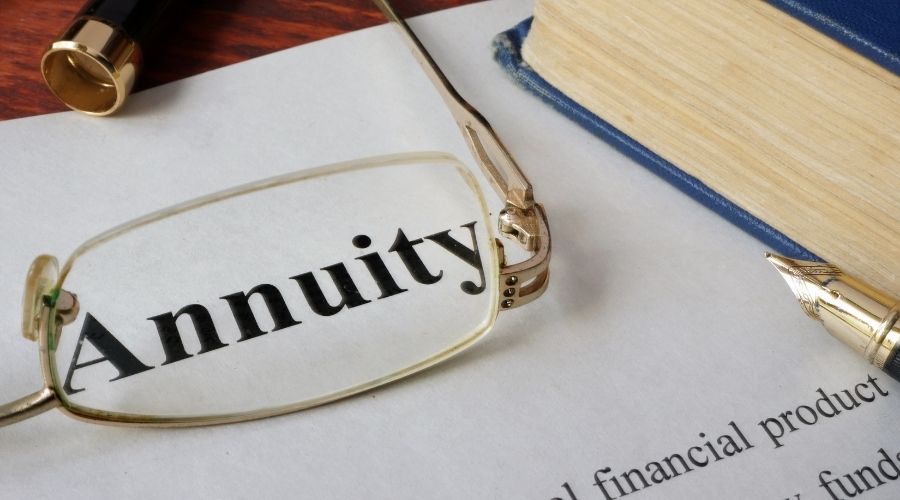 Annuities are generally financial products that offer monthly income over a set period, although most investors make it a lifetime investment. In addition, most life insurance firms are the ones that create and sell annuities. As a result, they are usually the primary source of income for most retirees.

Due to the fact that annuities are lifetime guaranteed investments with insurance firms, you may invest your money either overtime or in lump-sum. And from your investment, you will be receiving regular payments. Generally, there are various types of annuities based on when you will start receiving payments after investing.
Types of annuities include:

With immediate annuity investment payments, you are assured of rapid gain soon after funding the insurance company of your choice. If you need a regular income source or near your retirement age, this might be your investment option.

Immediate annuity requires you to make a one-time or a lump-sum payment to your selected insurance firm. The insurance company then promises to pay you regular payments for a set period or a lifetime.

You make a lump-sum, one-time payment to the insurance company, and it promises to pay you for the rest of your life or some other set period.

Most investors generally purchase this type of annuity with the aim of saving their income based on tax-defer. The only difference with immediate annuities is that payments are not made immediately but on a set, date usually selected by the investor (annuitant).

Irrespective of the type of annuity you chose, you are free to decide on when and how you will be withdrawing your income. Typically, that is in your retirement. Additionally, annuity investments base their several factors, including:

Also, it is essential to note that traditional life insurance offers protection if the investor pass earlier than expected. But, on the other hand, if one lives longer than anticipated, an annuity will protect them.

Furthermore, with an annuity, a surviving spouse of your choice can continue receiving payments. This is made possible via the existence of a joint-life option. As a result, your monthly benefit sum will be less to compensate.

Pros and Cons of Annuities

Just like any other venture, investing in annuities has some benefits and drawbacks. Be sure to consider them before making your investment decision.

You may decide to add to your annuity before you take distributions. During this phase, any growth is subject to tax-deferred. This implies that the annuity growth will be subject to tax on the withdrawal.

With lower tax investors, the difference may not result in a significant difference. However, for wealthy investors within a higher tax bracket, it is an important consideration. 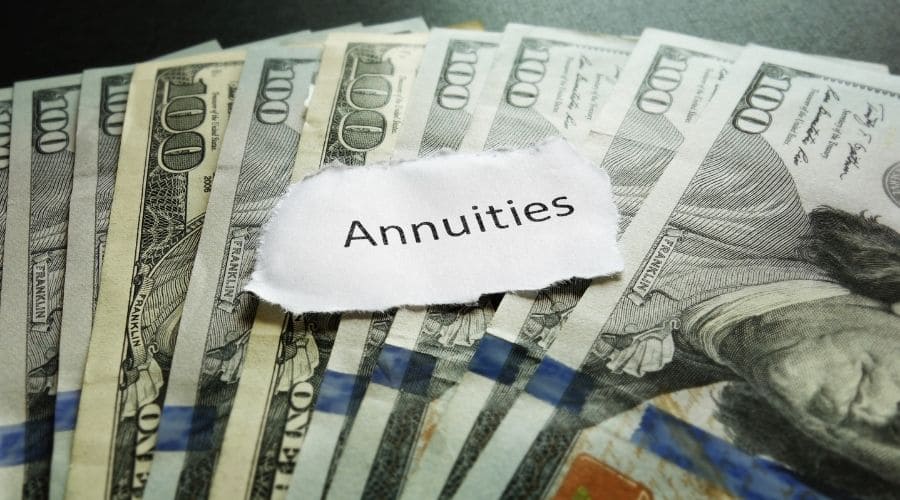 Similarities between Bonds and Annuities

As a result, every investor's annuity payment is higher compared to the bond's coupon. However, investing with annuities means no principal refund in the end; it's a life investment. 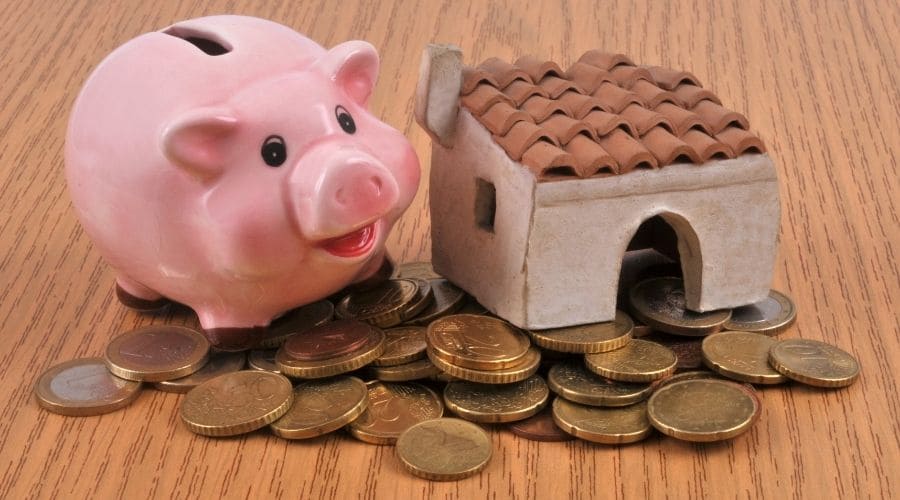 If you wish to invest your hard-earned money in bonds and annuities for your retirement income, be sure to consult a financial advisor. Make sure you look for an expert in financial matters depending on needs.

For bonds, investors taking the time to understand the various types of bonds would be of great help when making an investment decision. Additionally, be sure to find out about their performance profiles.

With annuities, be aware of their deference as they are available in various options. Please find out the different amounts that you can pay for annuity investment; this way you will be in an excellent position to make your decision based on their cost against possible returns.

Both bonds and annuities will help you generate some steady income, although in different ways. As a result, you may tend to like either of them over the other. However, bear in mind that incorporating both in your retirement or investment plan could be a safe and secure way of investing your hard-earned money.

Various factors may determine whether you will invest in bonds or annuities. Such factors include risk tolerance, your income goals, and other possible income sources you will be relying on.