Investing in Gold for Inflation 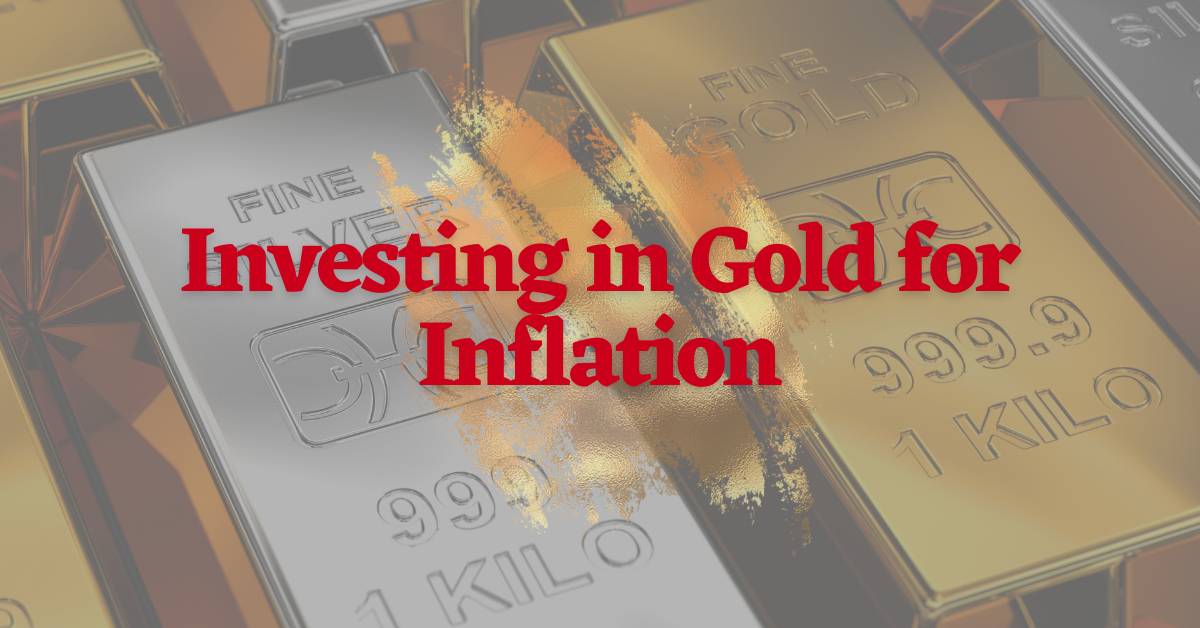 Gold is a hedge against inflation, economic uncertainty and other problems associated with volatile markets. Gold has always been a stable investment for those who have considered it an asset to store their wealth. Still, the price of gold has been growing steadily for years due to factors such as increasing demand from China, the recent global market crash, and fear of more instability in global markets.

Gold is naturally a safe investment. Gold prices are set by supply and demand. The supply of gold greatly increases during economic turmoil and times of uncertainty, creating a shortage in the market at the same time that demand rises, leading to consistent price growth.

For those who have other means of storing their wealth, gold can be an attractive commodity to store if they see that their assets are less secure than they once were in the now uncertain markets. Gold can also be an attractive asset used as a hedge against financial problems such as inflation or political instability that may arise in a country or region where the local currency has become unstable.

Table of Contents
How Does Inflation Affect the Value of Gold?
Why Do Investors Consider Gold a Hedge Against the Volatility in the Financial Markets?
How Does Gold Perform Compared to Other Assets?
Why is Gold Regarded as a Haven Asset During Inflation?
Frequently Asked Questions
Final Verdict

How Does Inflation Affect the Value of Gold? 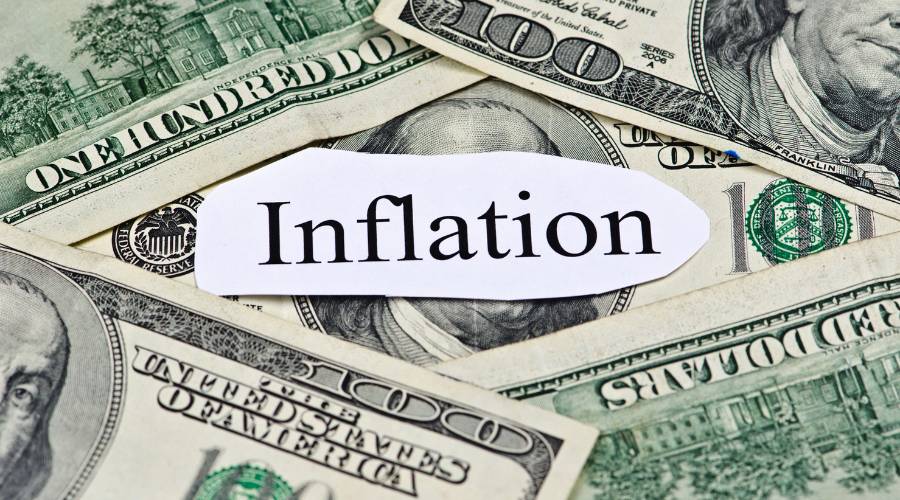 In general, gold is considered a hedge against inflation, as it tends to maintain its value over time. This is because gold is a tangible asset not subject to the same fluctuations as paper currencies, which can be affected by various economic and political factors.

Why Do Investors Consider Gold a Hedge Against the Volatility in the Financial Markets? 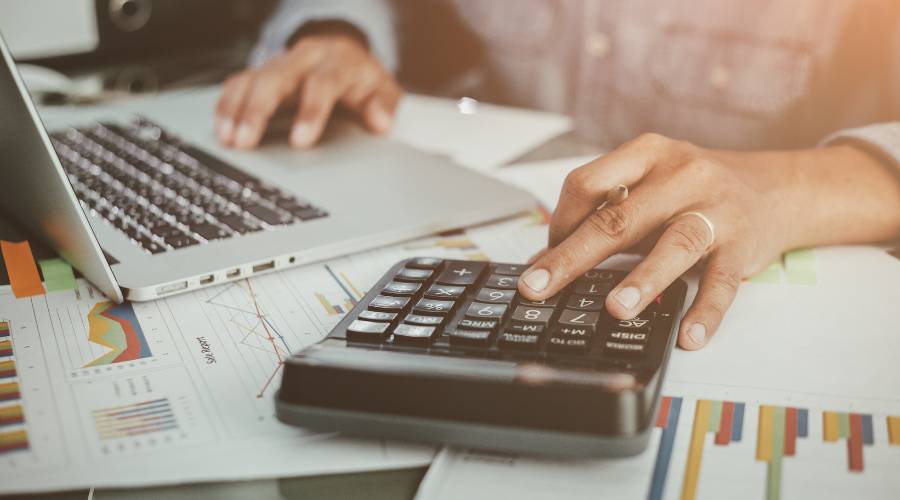 In times of market instability and economic uncertainty, investors often seek to protect themselves against potential losses by investing in considered safe assets. One of the assets that are considered a safe investment for this purpose is gold.

There are many reasons why gold can be considered a safe investment for these purposes. For example, changes in the value of gold tend to be gradual and predictable rather than sudden and volatile. Generally, as the value of gold increases, it becomes more attractive as an investment due to its profit potential.

Additionally, gold has the potential to be an attractive investment because it is not affected by changes in interest rates or other factors that can impact the value of stocks. In comparison to stocks, gold does not experience sudden changes in price due to stock splits or stock dividends. And although stocks tend to perform well during inflationary times, this may only sometimes be the case.

Sometimes stocks may experience a decline in value during times of high inflation. Although there are risks with investing in gold, it can be beneficial in certain situations. For example, investors concerned about their investment portfolio's stability may choose to invest in gold rather than other more volatile investments.

Developing countries may also invest in gold when their national currencies become unstable to protect themselves against potential losses due to inflation and political unrest. Most people consider gold a safe asset with a positive return on investment and relatively stable over time.

The value of gold tends to change slowly over time due to factors such as supply and demand from consumers, industry and government regulation, consumer interest or panic purchases, and fluctuations in the equity markets. In addition, gold investments are generally considered high-risk investments because they can be subject to the whims of consumers and market forces.

How Does Gold Perform Compared to Other Assets? 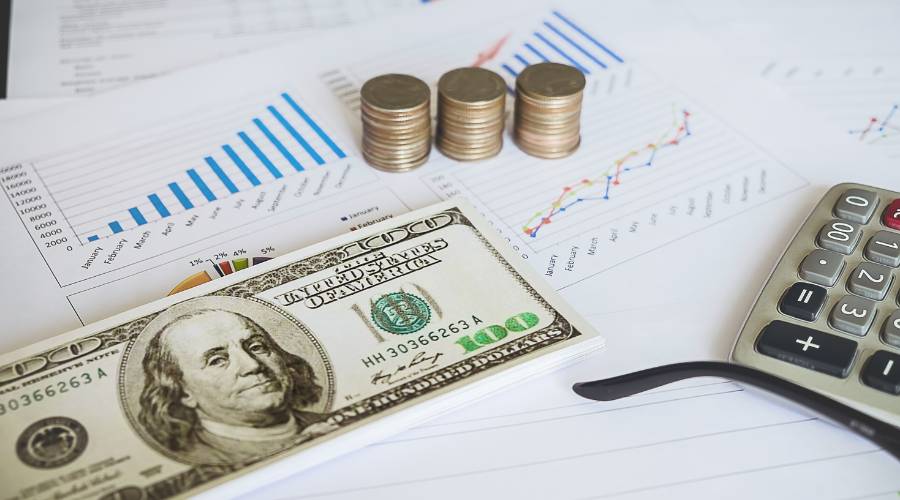 Historically, gold has performed well as an investment compared with other assets. In 1959, for example, the price of one troy ounce of gold was worth more than $20,000 in U.S. dollars due primarily to demand from foreign countries. From 1975 until 2002, the gold price was, on average higher than inflation by about 1% per year, according to several studies on the historical performance of metals and currencies.

Gold is considered one of the most solid investments because it tends to have a stable value. Gold prices tend to rise and fall slowly over time because it is a relatively stable commodity, with no direct correlation between its value and the value of paper currencies. Gold has been valued at more than $1,000 per troy ounce in history on several occasions.

Gold has a strong tendency to maintain its value over time as it works as a good hedge against inflation. This means that gold tends to get more valuable over time as people and countries hold onto their gold because they are concerned about falling prices. As a result, gold can be considered an attractive option for investors who have concerns about inflation or devaluation of paper currencies because it tends to be fairly stable and maintain its value over time.

The price of gold has been known to fluctuate drastically depending on a wide range of factors. For example, gold prices often rise and fall based on the policy decisions made by central banks, such as the Federal Reserve.

Central banks may increase interest rates during financial uncertainty or an economic recession to stimulate the economy. In these cases, investors may choose to invest in gold as an alternative asset because it tends to hold its value more than other highly volatile assets such as stocks.

In contrast, when central banks decrease interest rates during periods of high inflation or economic growth, investors tend to lose confidence in stocks and other risky assets and may switch over their investments to gold due to its stability and protection against inflation. This was the case from 1939 to 1939, when gold prices plummeted due to the Great Depression.

Gold is considered a hedge against inflation and is often used as an investment by people in developing countries to protect themselves against currency devaluation. According to financial advisers, gold can be an excellent alternative asset for these purposes because it tends to rise in value in times of economic uncertainty. Gold generally does not experience sudden changes in price due to inflation or devaluation of other paper currencies and thus offers protection against this risk.

Why is Gold Regarded as a Haven Asset During Inflation? 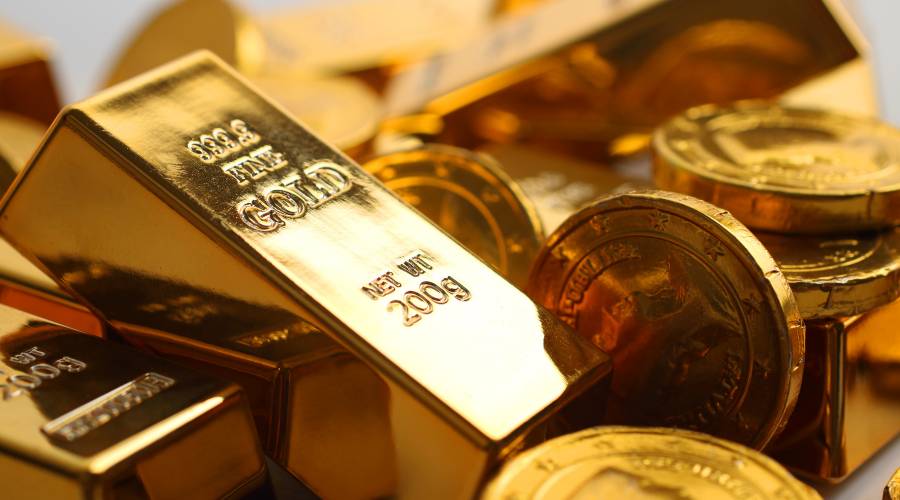 Gold is considered a haven asset because it tends to hold its value more than other risky assets during economic uncertainty. During periods of high financial instability, investors tend to choose less risky alternatives such as gold, which has a low correlation with other paper assets and currencies. Gold can also be attractive during political instability or uncertainty because it is not subject to the same regulations and controls that affect paper investments, such as stocks and bonds.

Historically, gold has held its value better than other paper currencies, and these characteristics have made it attractive for many investors during economic instability. For example, gold prices usually rise when the value of other fiat currencies falls and vice versa. During periods of high inflation, such as in 2009, gold increased by 3.1% as compared to the S&P 500's decline of 0.3%.

Gold is considered a good way to diversify one's portfolio because it protects against declines in the value of one's paper assets. For example, when investors see the value of their stock or bond investments taking a turn for the worse, they may choose to invest in gold as an alternative asset because it tends to rise in value during times of financial instability.

The standard historical time frame used to determine whether gold has risen or fallen against other paper assets is the 11-year term. This time frame was established in the 1940s and is often used among many investors and investment advisors. They use this time frame because it shows gold's performance against all other major fiat currencies on a relative basis over time.

Gold continues to rise in price over time and is considered a reliable store of monetary value. An increasing number of people today are investing in gold because they want to increase the amount of their wealth. Gold investments are a great way to do this because they are generally thought of as a safe asset which can be held over the long term with minimal risk.

If anything goes wrong and the value of gold declines, investors will still have a portion of their investment left which can be reinvested in another paper product or used as cash to pay off debts or spend on other items.

What are the different types of Gold that I can purchase?

There are two main types of gold that investors can purchase. The first is physical gold, which investors can buy as an investment in its pure form or in the form of coins. These gold coins may be purchased from a bank or a coin supplier.

The other kind of gold is paper gold, which represents an amount of physical gold that a third party holds. Investors should note that because paper representations don't store any actual value, trading them may not be allowed under the laws and regulations imposed by securities regulators.

Why is gold considered to be a good investment during inflationary times?

Gold is generally considered a good investment during inflationary times because it tends to rise in value during economic uncertainty. For example, investors often buy gold when they see the value of their other investments declining, and they don't want to lose all of their hard-earned money.

Why is it important that I understand the history of gold?

Understanding the historical time frame used to determine whether gold has risen or fallen against other paper assets can help determine whether an investment will become more valuable or less valuable in the future. Investors can use this knowledge to ensure that they are investing wisely and are not risking too much of their money through the benefits of gold investments.

Overall, inflation and devaluation of paper currencies have forced investors to seek alternative investments that protect against inflation, such as gold. Gold can be a valuable asset for investors concerned about inflation and economic instability who want to protect their wealth in times of economic uncertainty. Gold is considered an effective hedge against an unstable economy because it is regarded as a preferred investment worldwide.